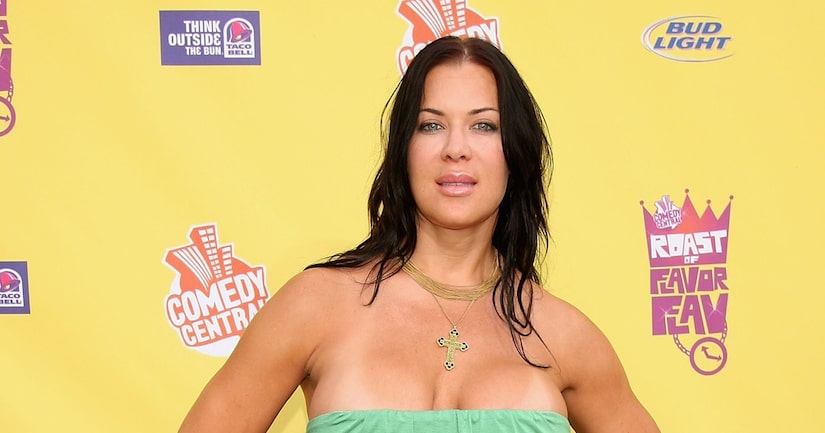 Wrestler Chyna, aka Joanie Laurer, has died at age 46.

On Wednesday, Chyna was found dead at her Redondo Beach apartment, but the cause of death has not been determined. TMZ reports that officials are investigating a possible overdose as the cause since she had a history of drug abuse. Prescription drugs were found at her home, but no other illegal drugs.

One of Chyna's friends called the cops after finding her unresponsive. The police do not suspect foul play, but believe she was dead for a "day or two" before Wednesday.

The police said in a statement, "The Redondo Beach Police received a 911 call from a friend of the apartment unit resident that the female inside was not breathing. The friend told Redondo Beach police that the female had not answered her phone in a few days, and went to the location to check on her welfare.”

Chyna's team posted a message on her Facebook page confirming her death, writing, "It is with deep sadness to inform you today that we lost a true icon, a real life superhero. Joanie Laurer aka Chyna, the 9th wonder of the world has passed away. She will live forever in the memories of her millions of fans and all of us that loved her.”

Just days before she was found dead, Chyna posted a rambling video on her YouTube page. In the video, she mentioned being “passive-aggressive” to a friend and shared, "(I've been) rude lately, but doing good. I've been having fun because I feel like I can express myself. Talk to my friends... it's really been helping me a lot."

Chyna retired from the WWE in 2001, but went on to pose for Playboy and appear in adult films and reality shows, including “The Surreal Life” and “Celebrity Rehab with Dr. Drew.”