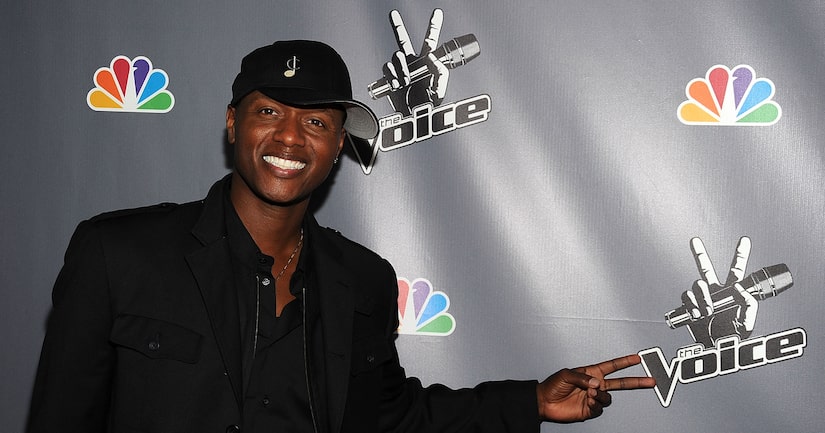 Javier Colon, Season 1 winner of “The Voice,” is back with new music!

ExtraTV.com caught up with Javier backstage at “The Voice” this week after he made an appearance on the show. He told us what it was like to be back at the hit show, what his current relationship is like with coach Adam Levine, and all about his new album, “Gravity.”

Reflecting on his return to “The Voice” stage, he said, “It's weird because as you walk into the building and you still feel this pressure out of nowhere. As soon as you walk in and smell the smells and see the sights, you feel like you are back in it and you are a contestant. You get rushed back into it.”

He continued, “I was asking my manager earlier, 'Why is my heart racing? Why do I feel like I'm about to sing for my life or something right now?' Those memories come back and they flood you. It is awesome, it is awesome to be back and support these artists who are up here. I remember I was them, we all have the same dream up here… I wish all of them the best.”

Colon said he and Adam have been in and out of touch over the years, but he thinks of him like a brother.

“We played golf … the day before yesterday, we will probably play again tomorrow. So it is nice to reconnect. He is like a brother, no matter how [much time] has gone by when we see each other, we pick up right where we left off. He has been a great friend and great mentor to me after the show. I can bounce stuff off him, like, 'What do you think about this song? What do you think of this? Do you like this video?' So it is nice to have that relationship and still be able to play golf and have some fun.”

Javier also gave us the scoop on “Gravity,” which just dropped today.

“I am really excited about it,” he said of the album released by Concord Music Group. “I was able to put together a bunch of songs that I really feel reflect who I am as an artist and I really had a lot of creative control… I really am proud of it and I can't wait to share it with everyone.”

Colon even released a music video for his new single, also called “Gravity.”

“It is a song about a guy in a relationship that he messes up and loses the best thing that he ever had, and he is absolutely distraught and wondering how he can piece this relationship back together, and we put together a great video… it tells the story of this couple in reverse. I get to play the guy in the relationship, so it is kind of an acting debut for me."

Fans can see Javier perform live on his “Gravity” tour, which kicks off April 23 in Atlanta. Visit JavierColon.com for tour dates.