Last night, Scott Eastwood stepped out for the For Love of Cinema gala at Tribeca Film Festival in NYC, where he dished about his upcoming role in “Fast 8."

The son of Hollywood legend Clint Eastwood told “Extra” about joining the cast of the next "Fast and Furious" film after the death of his close friend Paul Walker. “To me, it's hard to put into words, because to be a part of something one of your best friends was a part of, to carry on in his name, and be a part of something like that, to me is really special.”

Scott went on to say that Paul is probably smiling down on him. “I just want him to be proud.”

Eastwood gushed that the cast has been amazing to work with so far, saying, “It's been surreal.”

Earlier in the week, Scott took to Instagram to reveal what kind of role he was playing and how excited he was to work with Vin Diesel. 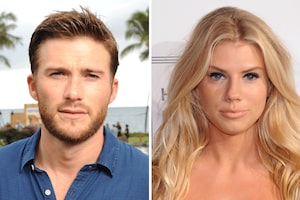