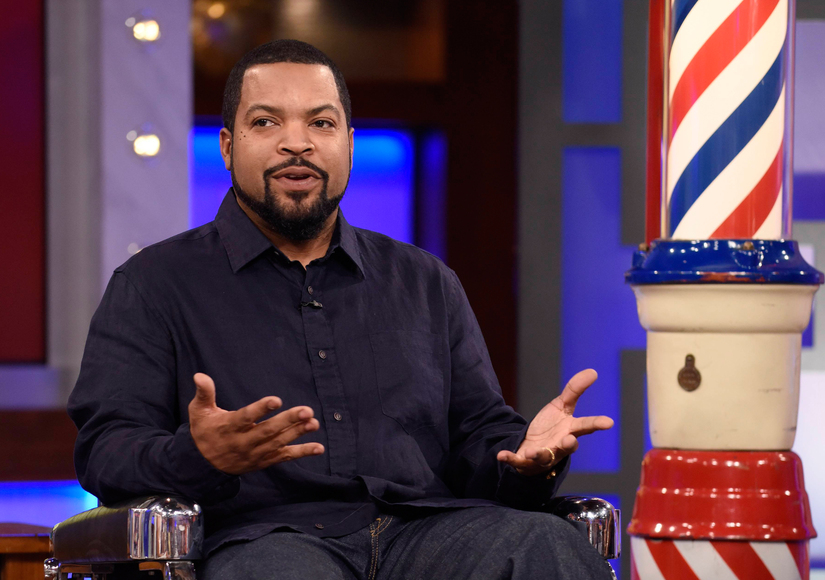 Ice Cube, star of the “Barbershop: The Next Cut,” stopped by “The Real” this week to talk about his new film.

The movie, which takes place in Chicago, doesn’t shy away from tough topics like gang violence, so co-host Jeannie Mai asked the actor, “What is the message you want this movie to portray to people?”

He explained, “Well, you know I just want to be an authentic look at, you know, a real barbershop, and you can’t talk about the south side of Chicago without talking about what’s going on in the streets. You know the barbershop is fun, because you know you get to roast your favorite celebrity pretty easy. You’re in there talking about politicians and this and that and the other, but for the most part, people walk in there with real lives, real situations that need to be dealt with, and you know, a father trying to keep his son off the streets, to me, is a universal message that everybody can get with.”

Co-host Tamera Mowry-Housley asked if there were parallels between the violence in L.A. and what is happening in Chicago.

Ice Cube answered, and included some advice about preventing kids from getting into trouble.

“No doubt. I think it’s going on all over the country,” he said. “Uh, you know, we could have did this ‘Barbershop’ movie in any city in America and have been on point. So, it’s just a thing that where, you know, we gotta be present in the youngsters’ lives. We gotta give them advice. We gotta pat them on the back when they doing good and kick them in the you know what when they’re not, so… that’s the message.”

The rapper-turned-actor also reflected on how he got to where he is today. “What I did was recognize opportunities, you know, that’s all life is going to bring you – opportunities, you know. That door is going to crack open and it’s up to you, if you want to believe in yourself and go ahead and kick that door open and give it a try, you know, uh, so that’s what helped me. Just believing that I could do it even if I wasn’t sure or not, you know, I was going to do whatever it takes. And that’s what we have to do in life, whatever it takes sometimes.”

1D Disaster! Is This the Woman Who Broke Up One Direction? 8