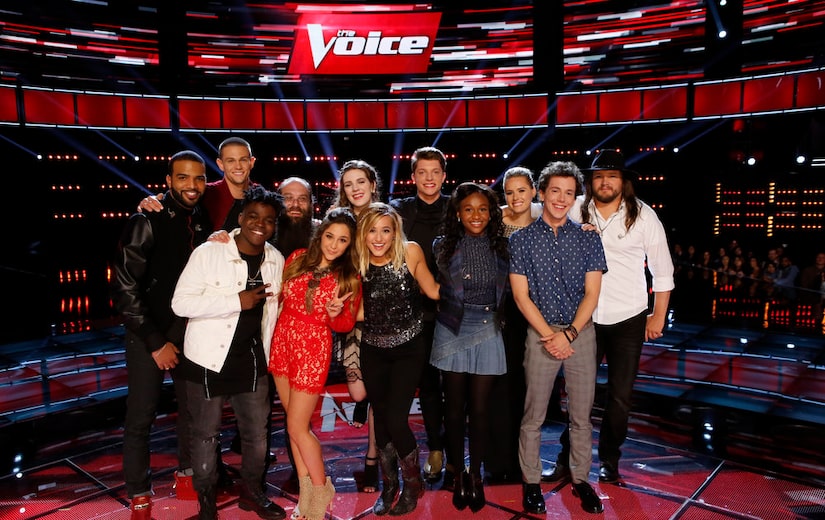 After a tough night of cutting the competition down by half, "The Voice" Season 10 has its Top 12!

ExtraTV.com caught up with the remaining contestants after the show and found out some fun facts about each of the aspiring singers. 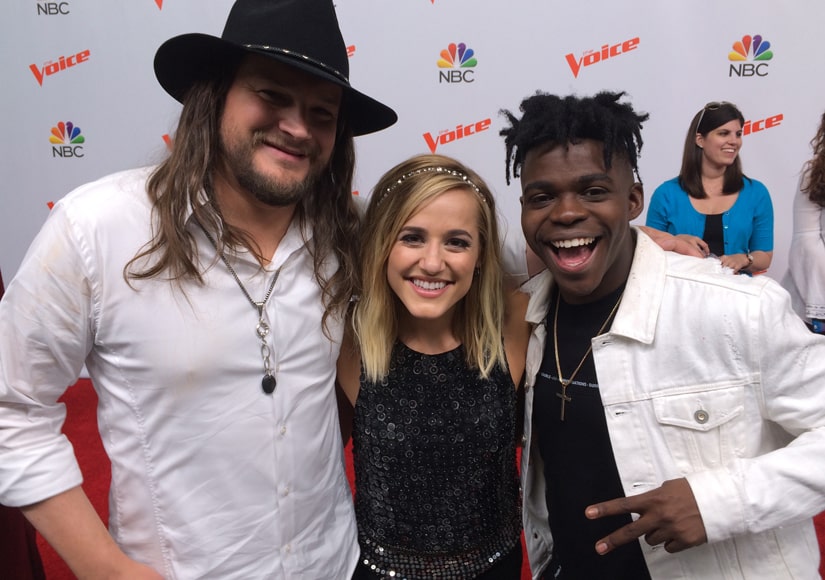 Who He Is: He started off as a New Hampshire native playing the guitar at just 4. Adam went on to join a band with his brother, but life took a tragic turn. He brother, who suffered from mental health issues, died from a drug overdose. Afterward, Wakefield moved to Nashville where he joined a country band and began dating country singer Jenny Leigh. She was a finalist herself on The CW's “The Next.”

Fun Fact: "When I was a kid, I sang soprano in a choir. I was the select soloist soprano kid that would come out. I was, I want to say 8, but I was probably like 10 or 11. I wouldn't tell any of the people at school what I was doing."

Who He Is: He is an accomplished backup dancer from Miami, who currently teaches at Show Stopper Studio. Paxton has an impressive résumé, including working with Britney Spears and Jennifer Lopez. Now, he's front and center and putting his vocals to the test as a member of Team Blake.

Who She Is: This Texas native is ahead of the pack! Mary teamed up with some of country music's greats for a duets album last year. “Bridges” features Dolly Parton, Willie Nelson, Merle Haggard, Vince Gill, and others.

Fun Fact: She's got some bowling skills. “I could, part-time, be a professional bowler. I have my own bowling ball and I was in a league with my family and we came in second. Just sayin'!” 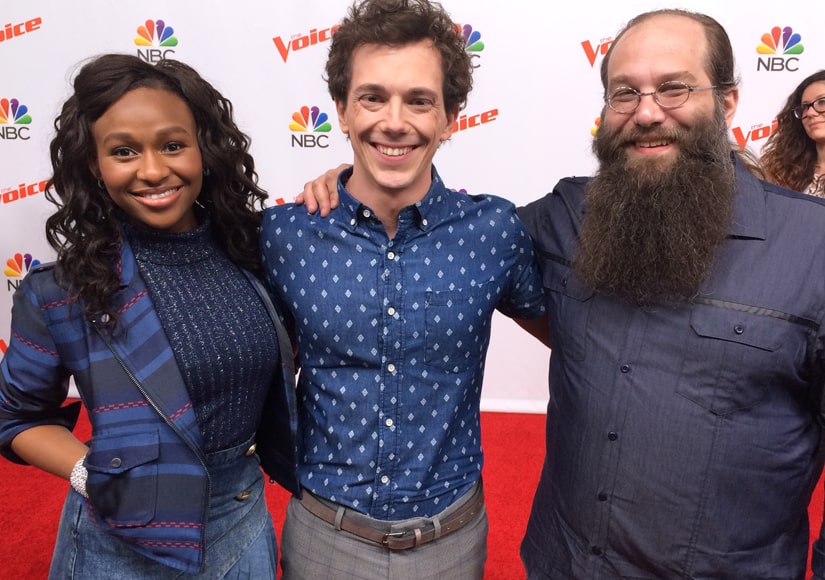 Who He Is: Owen comes from a musical family. His dad earned two Grammys as part of Starland Vocal Band, best known for their hit “Afternoon Delight.” His mom owned a restaurant called Starland Café, where Danoff was exposed to a plethora of live music. Danoff, a graduate of the Berklee School of Music, released a full-length album, “Twelve Stories,” in 2014 and the single “No Such Thing” in 2015. These days, he lives with his girlfriend in NYC.

Who He Is: Al-Saadi has been singing since age 4, and formed his first blues band at 15. He joined the Johnny Trudell Orchestra as a college student before landing the coveted role as lead singer of the Detroit Lions' pep band. Since then, he as toured and opened up for big names like B.B. King and Gregg Allman.

Fun Fact: Laith doesn't just play one instrument. “I play the upright bass. I double majored in guitar and bass in school. I play piano, I play guitar, and I play bass.”

Who She Is: Shalyah is only 15 and already a force to be reckoned with. The tiny powerhouse from Florida is a homeschool student who also studies voice and drama at Patel Conservatory. She is one of eight siblings, and performs with her brothers and sisters in the Fearing Star band.

Fun Fact: Shlyah discovered she had a special talent about a month ago. “I can shape my bottom lip into a triangle… I just looked in the mirror and I made a funny face, and I was like, 'Whoa, that's really ugly.'” 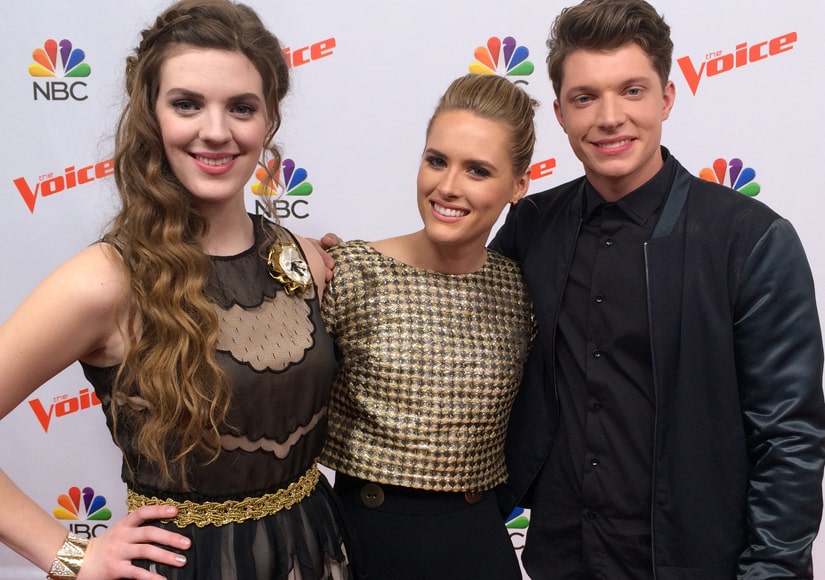 Who She Is: The 17-year-old hones her craft by playing four to five nights a week in her native Ohio, and hopes her music will help others who suffer from depression. Keener counts her dad as her greatest musical inspiration.

Who She Is: Hannah is new to singing. Before “The Voice,” she had never performed in front of more than 60 people. A few years ago a friend asked her to help sing as he proposed to her girlfriend. She received such positive feedback, Huston decided to pursue a career in music. He star is on the rise, but for now, Hannah is working as a preschool teacher in Nebraska.

Fun Fact: Hannah revealed she has acting talents, too. “I played a pirate once! I played Blackbeard… in middle school.”

Who He Is: This Ann Arbor native wasn't always a singer. As a kid he was more focused on sports and Boy Scouts. Eventually he caught the music bug, and now Daniel attends the University of Michigan where he is a tenor in the school's a cappella group, The Friars. 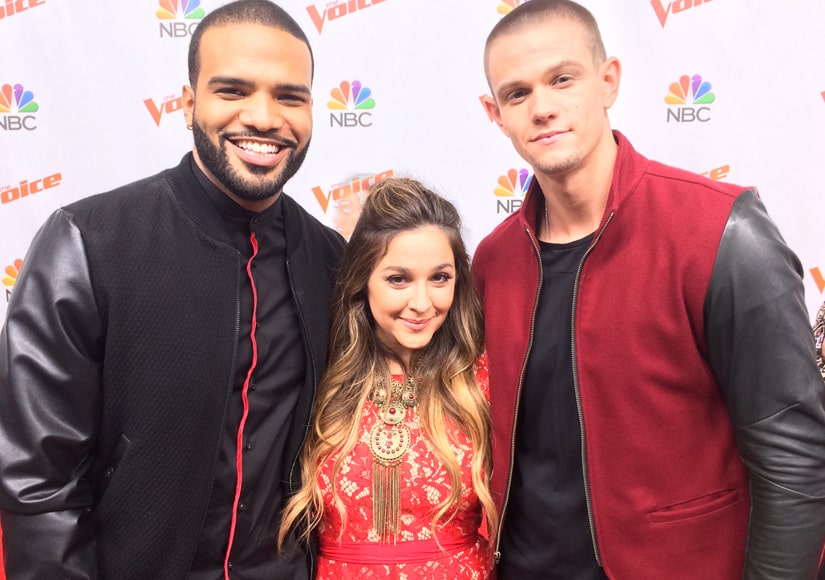 Who She Is: She was a successful child star with movies like “Curly Sue” and “Parenthood,” and even went on to do Broadway. Porter has revealed that she got caught up in drugs and alcohol, which derailed her promising career. Now, eight years sober, and a mother two and stepmom to one, Porter is ready to step back into the spotlight.

Fun Fact: Porter has a green thumb. “I am an avid cactus and succulent gardener. I am obsessed with succulents. I love gardening and I have a lot of plants and trees around my house.”

Who He Is: Brooklyn Nets fans will remember Bryan as the usher who blew everyone away when he sang the national anthem at a game in April 2014. Soon after, he tried out for “The Voice,” but failed to turn a chair in Season 9. Afterward, he took vocal lessons and they paid off when he tried out again and landed a spot on Season 10.

Fun Fact: He voluntarily got slimed like people do on the Kids' Choice Awards. “When I was, like, 7 years old, I went down to Universal Studios and out of, like, a crowd of 80 kids I got picked and I got slimed. That was incredible. That was when all that was out and people were getting slimed on TV, and I always wanted to be one of those kids. It tastes really good and smells really good, too."

Who He Is: Nick started his career in ballet, landing a contract with the Carolina Ballet Company where he met his wife. When his contract ended he decided to start a new career in music. He was offered a deal with Interscope Records, but it wasn't meant to be. At the same time Nick's son was born with a bone and joint disability called arthrogryposis. His family needed him more, so he walked away from Interscope. Fast-forward a few years, and Hagelin is ready to pursue music again.

Fun Fact: "I was born into a very musical family. My parents met in choir college. My dad got his masters from Yale in choral conducting and organ performance. I was in voice lessons when I was in my mommy's tummy. Music has always been a part of my life."

Watch “The Voice” at 8 p.m. Mondays and Tuesdays on NBC. 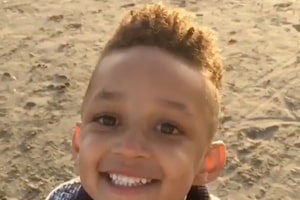 Too Cute! Alicia Keys’ Son Is Really Excited That She’s Joining ‘The Voice’ 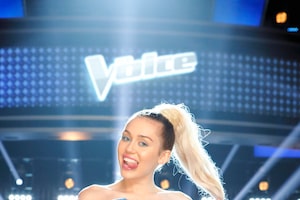