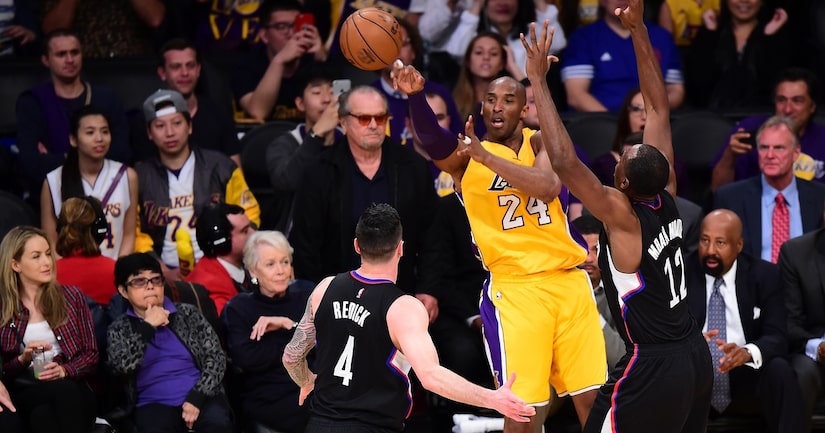 Last night, it was a star-studded send-off for Kobe Bryant as he played his last game at Staples Center, and “Extra's” special correspondent, former NFL player and host of “American Ninja Warrior” Akbar Gbaja-Biamila, was in the center of it all, getting all the celebrity reaction.

Diehard fan and Hollywood legend Jack Nicholson, courtside with his son, told Akbar in a rare one-on-one about Kobe's retirement, “Very sad to see him go. 20 years? Very melancholy right now… it's been great seeing him.”

Nicholson admitted he just might shed a tear. “Well, I started to in the car on the way down, and then I thought, 'I'll wait till it's really happening'... I've been thinking about it a lot, I will tell you that.”

As for his favorite moments? The 78-year-old revealed, “The nights that he won a championship… He's had so many great moments.” And the one big moment Jack regrets missing the most was Kobe's game against the Toronto Raptors in January 2006. “The only thing I can tell you that I don't like — I missed his 81-point game. My daughter came.” He added, “We love him here in L.A.”

Kobe scored 60 points in his final game, and his former teammate Shaquille O'Neal was there to wish him well. When Akbar asked what could be next for Bryant, Shaq responded, “He's a very intelligent young man, very charismatic… He has a beautiful wife, beautiful kids. Now he can spend extra time with his family; families sacrifice a lot.” Shaq also believes Kobe could have a career in film, saying, “Of course. He's loved out here in Hollywood, he's a good-looking guy, he's still in great shape.”

Another Hollywood actor who has major love for Kobe is Jeremy Piven. He shared, “There's nothing sad about a guy who's dedicated 20 years of his life to his profession.”

Kendrick Lamar also made a song for Kobe, “Fade to Black,” which is blowing up. He said, “To see the actual words come to life, you talk about greatness, then when you come back the next week and you see the greatness, that's a whole other thing.” 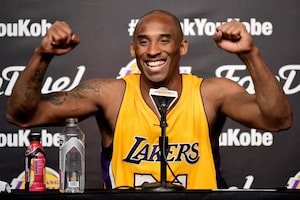 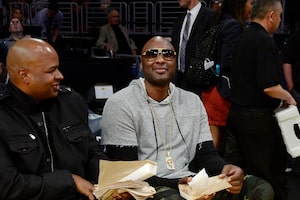 Lamar Odom’s First Lakers Game Since His Near-Death Experience: ‘I Got Goose Bumps' 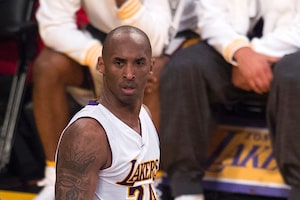