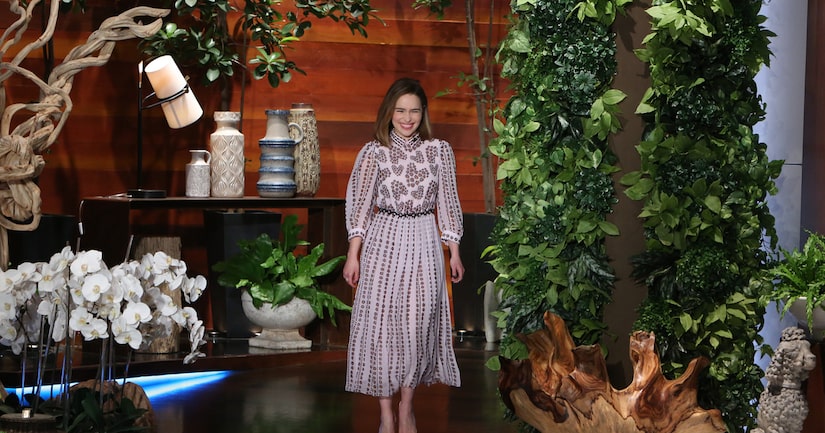 On Thursday's episode of “The Ellen DeGeneres Show,” actress Emilia Clarke revealed how she prepares for her sex scenes on HBO's “Game of Thrones."

Clarke told Ellen DeGeneres, “Doing those kind of sex scenes on camera is one thing, but doing it as yourself, I need alcohol to do. That's what I needed. They just kept giving me vodka, and I would be like, 'I'm just going to keep the duvet. I'm going to keep the sheet up.' They'd be like, '3, 2, 1, go!' and just yank it down. You'd be like, 'Oh, no!'” Watch!

Last year, Emilia was named Esquire's Sexiest Woman Alive. She joked about the sexy shoot, "That's me Photoshopped and drunk. That's what I look like.”

The 29-year-old also chatted about when she knew that “Game of Thrones” was going to be a huge hit. She shared, “Well, I think, I think there is a huge part of me that still doesn't quite see that it is. It's just one of those things you're sort of in it. So me and my brother used to watch a lot of 'The Simpsons' growing up, like, that's what we watched all the time. And I remember the day that he called me — I think it was, like, Season 2 — and he called me and he was like, 'Dude, get on YouTube, like, now, because you are the “Simpsons” opening,' and I was like, 'Oh, God, we made it, we did it.'”

The sixth season of “Game of Thrones” airs on April 24. 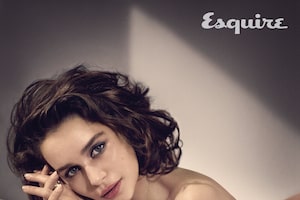 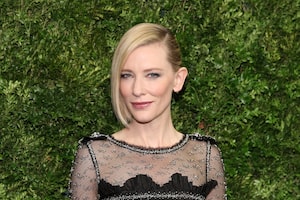