"Extra" has an exclusive clip of tonight's "Brooklyn Nine-Nine"!

In the episode titled “Bureau,” Sgt. Terry Jeffords reveals to Gina that someone has been leaking information. Watch!

That's not all! With Pimento's (guest star Jason Mantzoukas) life still in peril, Captain Holt calls on an old friend in the FBI (guest star Dennis Haysbert) to help with a seemingly impossible heist. Meanwhile, Amy makes a breakthrough while undercover.

Watch the episode tonight at 9 PM on FOX. 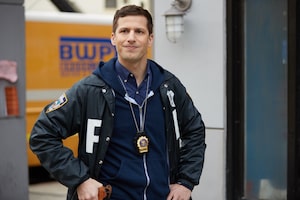 Video! Secrets and Spoilers from the Set of ‘Brooklyn Nine-Nine’ 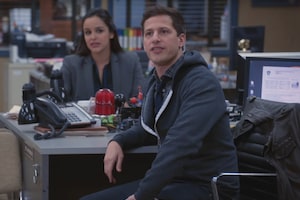 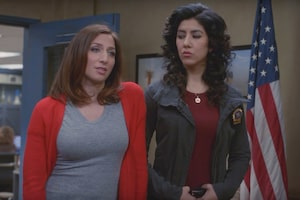