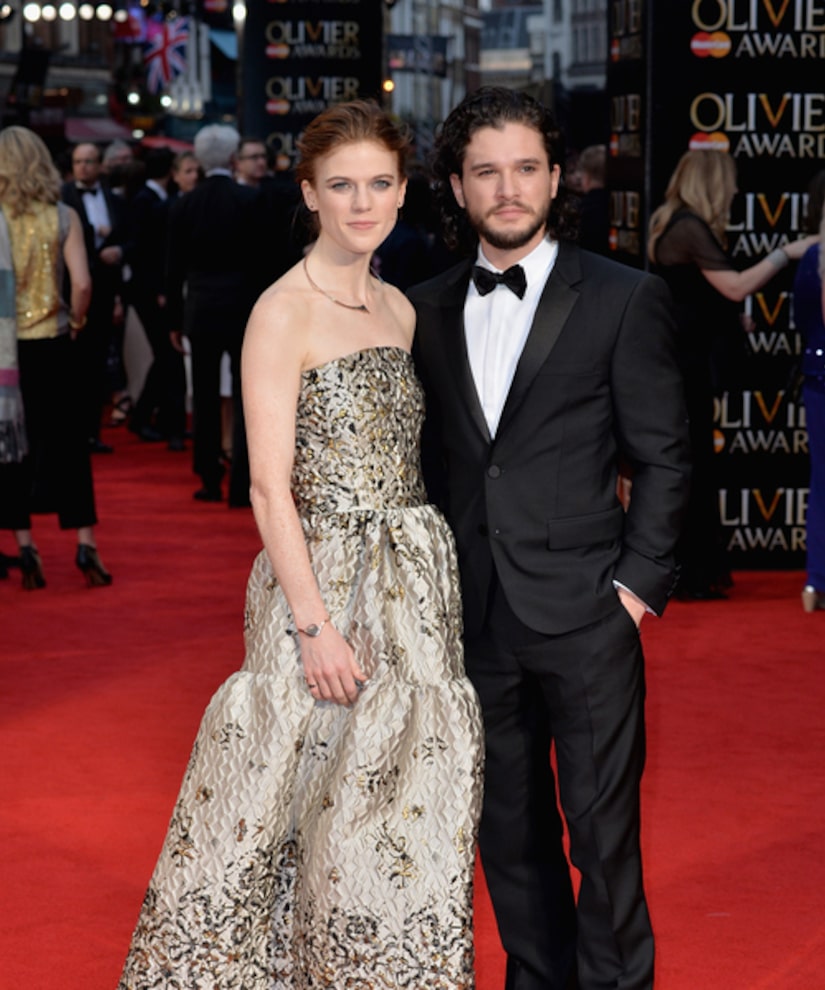 On Sunday, Kit Harington and Rose Leslie made their first appearance as a couple at the Olivier Awards.

During the same weekend, Harington opened up about his love life on “The Jonathan Ross Show.” He gushed, "I fell in love in Iceland. I fell in love with my co-star.” Watch!

The two, who played on-screen lovers in “Game of Thrones,” have reportedly been dating on and off for four years. In April 2014, the two reconciled after a year apart. At the time, a source told Us Weekly, "They've been back on for about three months. That said, it's casual right now and they're having fun. They're not moving in together or anything like that yet.”

Love is in the air 💏 pic.twitter.com/VA2kO9T83k

Harington and Leslie sparked dating rumors when they were recently snapped shopping together in Los Angeles.