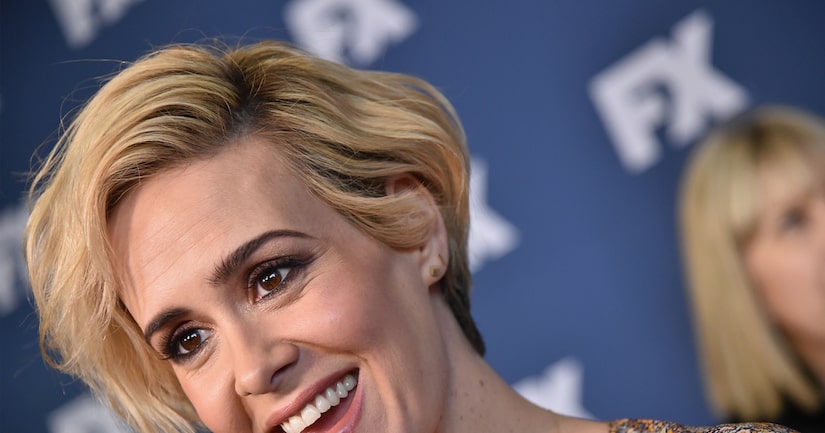 The verdict is in! “The People v. O.J. Simpson: American Crime Story” is ratings gold with millions tuning in each week. The show set the stage for its final episode on Tuesday with a special screening at FX's upfronts in NYC.

“Extra's” AJ Calloway caught up with the cast, who weighed in on whether or not they think real-life prosecutors Marcia Clark and Chris Darden hooked up, what they would say to O.J. if they met him face-to-face, and more.

Cuba Gooding Jr. plays the famed football player turnedmurder suspect telling AJ he has not heard from O.J. or anyone in the athlete's family, “No, not directly.” He did, however, recently run into one of Ron Goldman's former girlfriends “who talked to me about her relationship with him and what a wonderful human being he was.”

He also offered his theory on whether Marcia Clark and Chris Darden were romantically involved, saying, “I think so, like, repetitively.”

Sarah Paulson, who hit the red carpet looking nothing like Marcia Clark, also gave her verdict on Marcia and Chris' relationship. “I know they danced, I know they drank some tequila… Beyond that, I do not know. I have my theory, though.” She smiled and said, “Bow chicka wow wow.”

Paulson said she loves the real-life Marcia Clark after transforming into the prosecutor. “I put that wig on and went, 'Oh, oh, oh.' It was wild.” She added she's not surprised by the fascination with the show, saying people were just as fascinated by the trial. If she ever had the chance to meet O.J., she would ask him, “Who do you think you're fooling?”

Courtney B. Vance, who gives a spot-on Johnnie Cochran performance on the show, confirms he met the attorney back in the day. “Yes, I did, at a party. I was young and green, just happy to be in the room.” When AJ asked what Vance has to say to O.J. he replied, “Nothing. O.J. was my hero, so I was a little hurt by the whole event.”

John Travolta turned the event into family date night with wife Kelly Preston and daughter Ella Blue. The actor plays the infamous lawyer Robert Shapiro in the series. He told AJ he initially wasn't sure about taking the role. "I reached out to probably the four biggest powers in the industry to see what they thought of the idea of my doing this and they all approved.”

Fans approve as well. The star got rave reviews for his portrayal, something he is surprised by. “If you had told me years ago that I would be involved in a project and a character that would have the biggest critical audience approval ever and it would be an old eccentric lawyer I would saym 'Really, that's how it's going to unfold?' I can't tell you how happy and thrilled I am about that.” 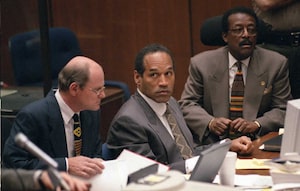 The LAPD Is Testing New Evidence in the O.J. Simpson Case! 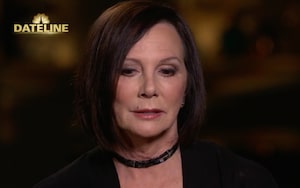