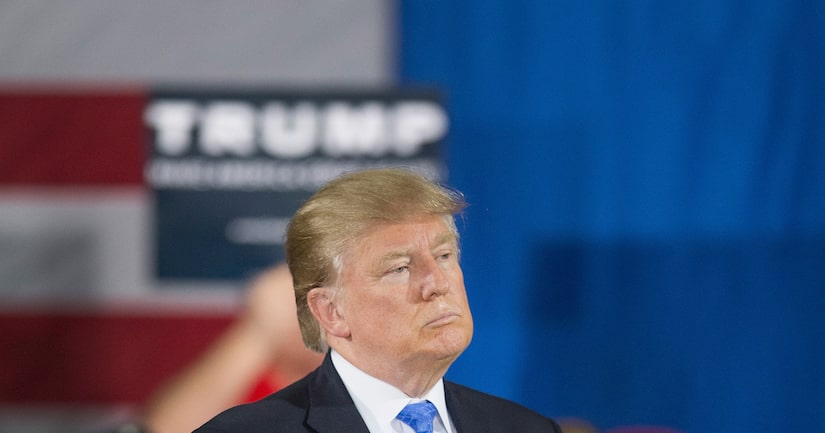 On Tuesday, Donald Trump shared his soft side to America while chatting with 2005 Miss Wisconsin Melissa Consin Young, who is terminally ill, at a rally in Wisconsin.

At the rally, Young was given the mic and showed her appreciation for the former pageant owner, who assured her that her son Jack will be taken care of after her death. She said, "You've saved me in so many ways. In recent years I've been struggling with an incurable illness and I'm on home care now and it was caused by a doctor's medical negligence." Watch!

She continued with tears in her eyes, "In those dark days fighting — right now all the tubes have been removed and I have a 'do not resuscitate' order and I have a seven-year-old son — those days in the hospital, I received from you a handwritten letter that says, 'To the bravest woman I know.'”

Melissa reportedly became ill after she became pregnant with Jackson. She told The Pageant Planet, "I couldn't stand without passing out. Just lifting my head was too much. I begged my doctor to help me over and over. My husband would carry me into his office. I was begging him saying I'd sleep there on his floor till he helped me.”

She added, "I told him over and over again for months that I think I'm dying. His response was, 'It's your first pregnancy, you look great.' He failed to hear me or even run simple blood work. Three weeks before my due date, I passed out trying to get to the phone. My husband found me and called 911. At the hospital, they induced my labor.”

At the rally, when Trump asked Young how she is doing now, she responded, "I'm here now to thank you in person and that was my biggest dream. I wanted to thank you because through you and your organizations, my son, a Mexican-American, through your organizations and just being able to stand on that stage with you in 2005, and the outpouring of love, ultimately provided my son with a full ride to college." 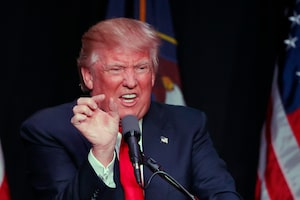 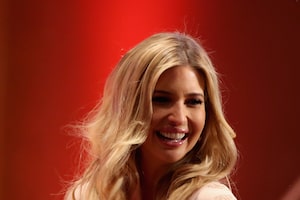 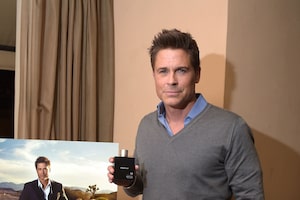