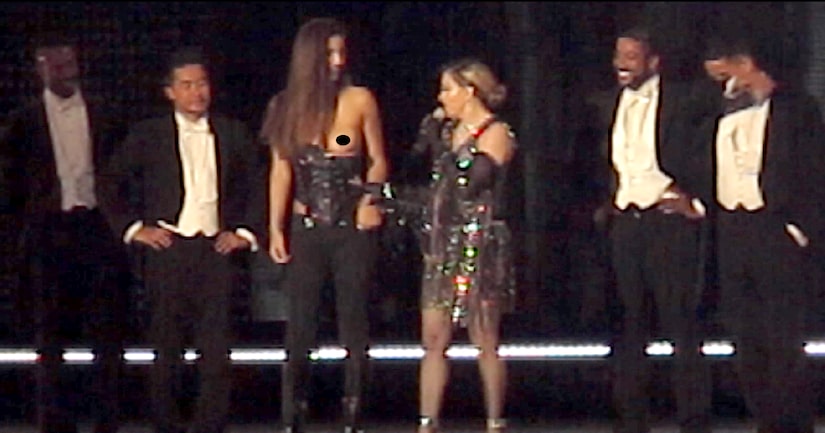 On Thursday at a concert in Brisbane, Australia, Madonna invited 17-year-old fan Josephine Georgiou onstage, then accidentally exposed the girl's breast to the audience after tugging on the corset she was wearing.

Before the slip-up, Madonna joked with the crowd, "She's the kind of girl that you just want to slap on the a** and pull…”

Immediately after exposing Josephine, Madonna hugged her and apologized, saying, “Oh, s**t! Oh, sorry. Sexual harassment. You can do the same to me if you like."

Georgiou defended Madonna, insisting the whole thing was an accident. She said to The Project, "I was wearing a leather corset with nipple rings on it, she was holding on to the ring. As she was talking, she was moving, it was tugged a bit, but I didn't mind and then one was too much."

Though many were making a big deal about the situation, Georgiou was not one bit embarrassed. She told the Courier Mail, "Only I get to decide if I'm humiliated or not — why would people assume I am humiliated by my own breast, nipple, or body? I didn't realize my boob was such a big deal — it was nothing to me.”

How did Georgiou get plucked from the audience to the stage? She revealed, "I swear I saw Madonna look at me and smile and, like, notice me and then talk to some guys on the side of the stage and then were looking at me. They looked like they were talking about me, and then 10 minutes later, this woman said, 'Hey, do you like dancing? Do you know this song? Madonna has a fan come up every show.' So, yeah. That's how I ended up there."

In Australia, it is a crime to touch someone indecently without their consent, but Georgiou will not be suing her idol. She shared, "Seriously, why would I sue Madonna for the best moment of my life? She was calling me a Victoria's Secret model the whole time I was onstage, which is so flattering."

After the faux pas, Georgiou's mom Toni took to Facebook to set the record straight, saying, "Just so everyone knows, Josephine wasn't 'humiliated' like the media are reporting. She was thrilled to bits and had the time of her life #rebelheart #bitchimmadonna."

Toni went on to tell 7News, “Certainly, in a normal situation, if somebody pulled down a girl's top, my daughter would be the first one to jump up and have something to say about it, but this was a very unique situation.” Watch! 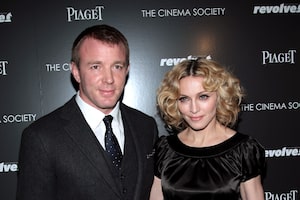 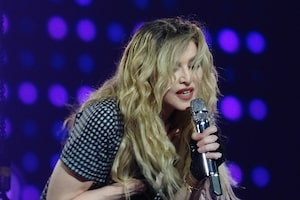 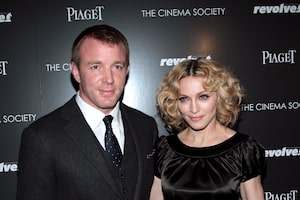