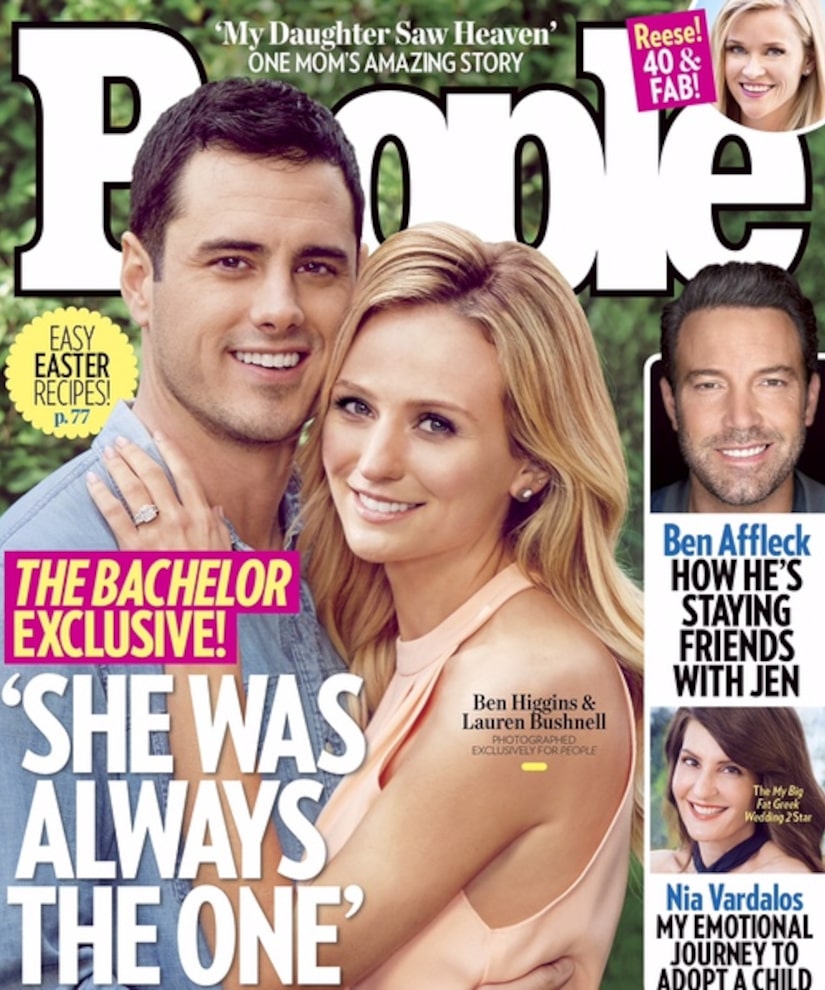 “The Bachelor” star Ben Higgins proposed to one lucky lady last night — Lauren Bushnell, a flight attendant, who has been the favorite all season.

Higgins gushed in this week's issue of People, "Everything that happened led me to Lauren. I couldn't be happier.”

Before Higgins and Bushnell could be an official couple, he had to say good-bye to another woman he loved — JoJo Fletcher, a real estate developer. He revealed, "I can't apologize for being honest or expressing what I thought was best to express at the time. But I could never picture my life without Lauren.”

JoJo also opened up to People about her breakup with Ben in the finale. She said, "It was really hard for me. But when I got home [from Jamaica, where Higgins proposed to Lauren Bushnell], I took a couple of weeks to myself to think about everything. The conclusion was that it happened, I was lucky to have gone through that, I learned so much and now I know what I want and I know what I deserve.”

Four months after the breakup, JoJo and Ben were able to have a talk on "After the Final Rose." She said, "I know that was a tough situation for both of us. I was super nervous but he explained it well and I have closure. I'm friends with Lauren and I think the world of Ben, and seeing them together, it made a lot more sense than I thought it would be.”

She continued, "Watching it back, I kind of had to relive it and I definitely remember how sad I was. But I'm not bitter and I'm not angry. Ben followed his heart. Even though it didn't work out, it still was a great relationship and I learned a lot from him.”

JoJo didn't have Ben's heart, but she'll get her chance at love in the upcoming season of “The Bachelorette.” When asked if she will say “I love you” to more than one man, she said, "I guess I'll see when I get there. I understand loving two people at once but I definitely will make sure that it's exactly what I'm feeling before I say it. Because I know what it's like to have that said to you and then to potentially be disappointed and let down. So I'll be cautious of that."

Though Higgins told Fletcher he was in love with her, Bushnell is able to forgive him and move on. She is planning to move into his Denver home sometime this month. She shared about the experience, "It was all worth it. I appreciate him more every day.”

Immediately after the finale aired, the couple made their first public appearance together on “Jimmy Kimmel Live,” where they talked about hiding away. Watch! 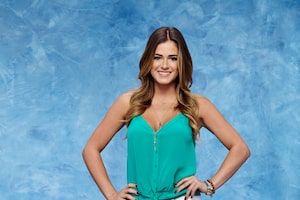 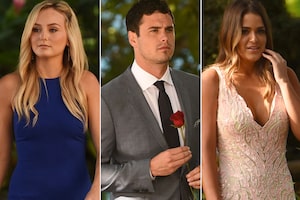 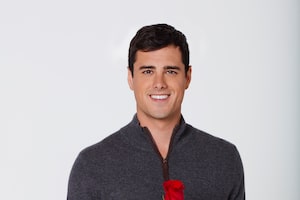 Ben Higgins Is Torn in ‘Bachelor’ Finale Teaser: 'How Am I Supposed to Get Down on One Knee?'