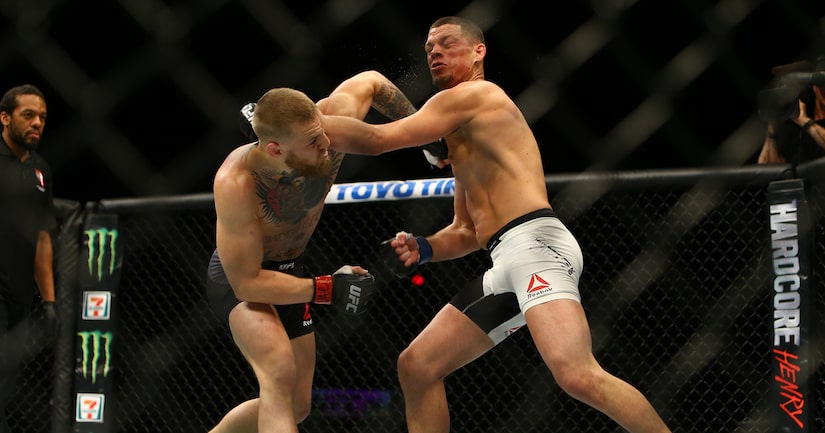 Earlier today, UFC champion Nate Diaz sat down with “Extra's” Charissa Thompson at Universal Studios Hollywood, where he chatted about his newfound fame after his huge win against Conor McGregor at UFC 196 last weekend.

After Diaz's win, Justin Bieber took to social media to voice his displeasure by posting a pic of McGregor and writing, “Still the champ.”

Diaz reacted to Justin's comments by posting an animation of him slapping the singer, implying that's what he would do if he saw the Biebs in person. “Smack,” he said to Charissa as he made a slapping motion with his hand.

Despite Justin's comments, he reiterated, “It's all good, Bieber's all good, he's whatever.”

Diaz was not surprised by his win, but now the big question is... will there be a rematch? Nate responded, “Time will tell, I don't know what they want to do, what he wants to do, if he wants a rematch, if they want a rematch.” The 30-year-old went on to say that no talks have been had yet about getting back in the octagon with UFC President Dana White.

Diaz also addressed rumors he may retire now that he is on top, which he had not heard about. He laughed, “That sounds interesting, I might do that.”

For now, Nate is going to hang out and relish the win.