UPDATE: Cesar Millan tells TMZ that the dog, Simon, did not show any aggression toward the pig before being taken off the leash, so he thought it was safe. He also stressed that his efforts to train Simon to be around other animals was successful, therefore saving the little dog from being euthanized. 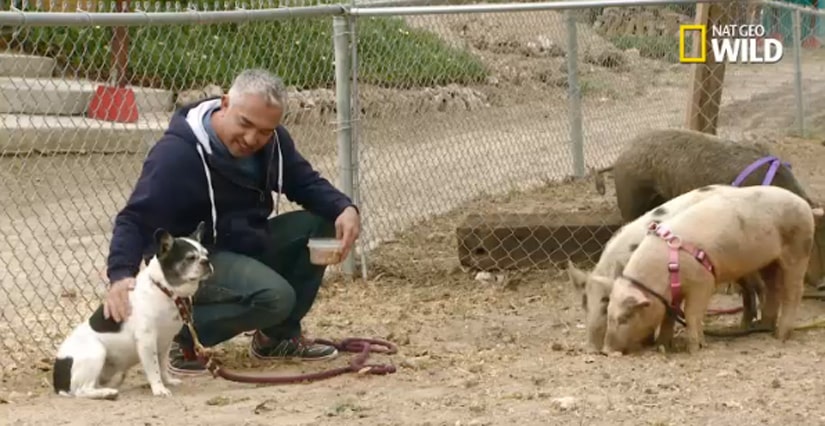 In the scene, a dog named Simon is seen chasing a pig and nipping at its ear. The French bulldog/terrier mix had a history of attacking his owner's pot-bellied pigs, and Cesar was attempting to change Simon's behavior.

Nat Geo WILD officials released a statement to People, explaining, "Cesar Millan is and will continue to fully cooperate with authorities in any investigation. He is confident that the investigation will show there was no wrongdoing."

The statement continued, "A short clip from the episode was shared online and showed Simon chasing a pig and nipping its ear, causing it to bleed. The pig that was nipped by Simon was tended to immediately afterward, healed quickly and showed no lasting signs of distress."

In fact, the same pig later took Simon for a walk, with the dog showing no signs of aggression. 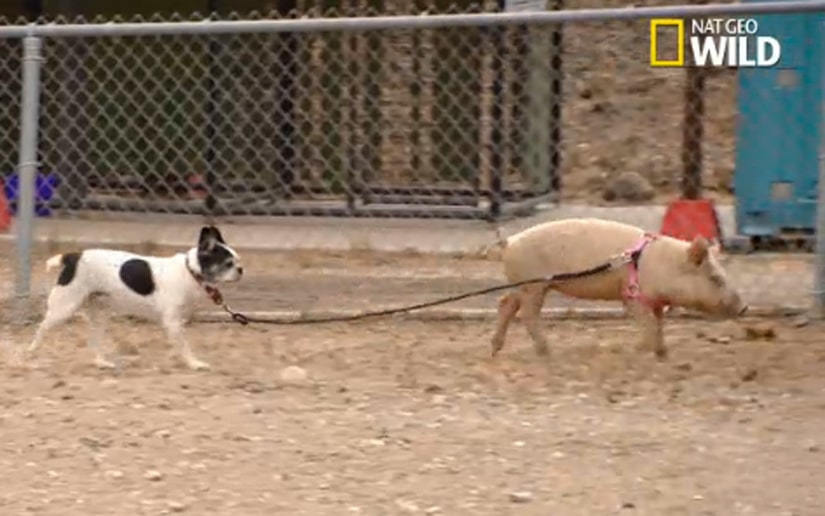 "Cesar and his animal pack effectively helped Simon to overcome his aggressive behavior toward other animals; as a result, Simon did not have to be separated from his owner or euthanized," Nat Geo WILD reps said. 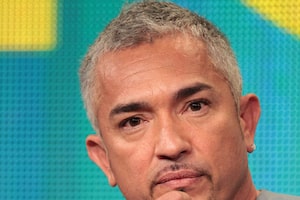