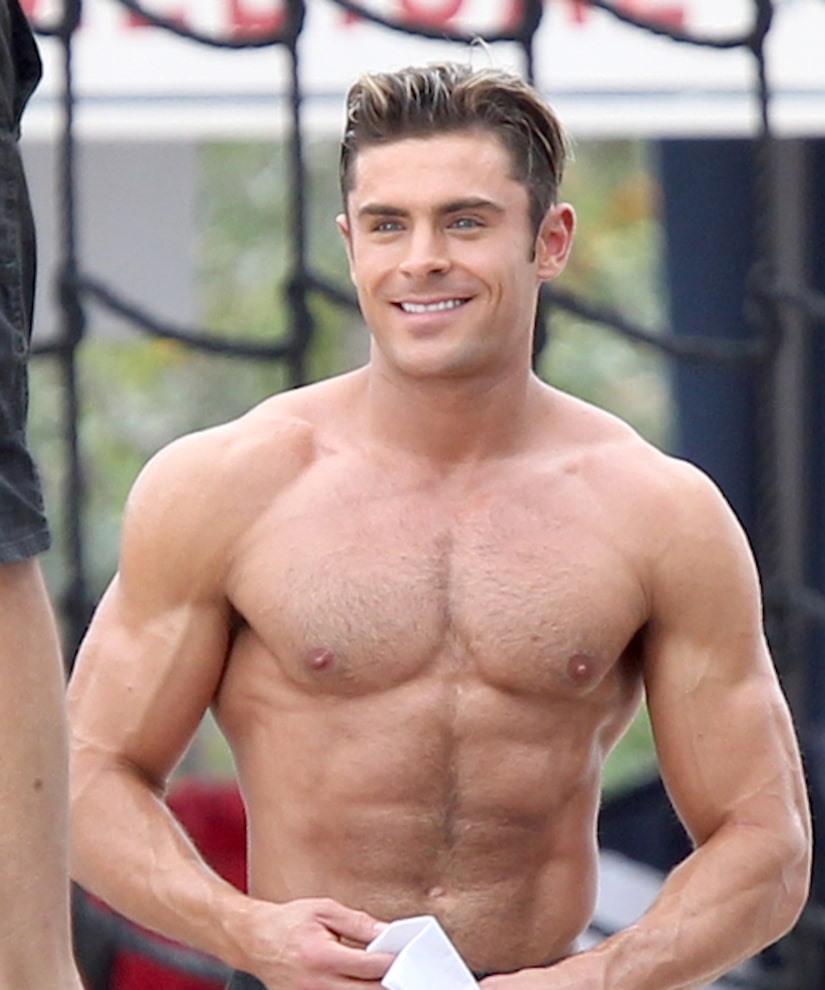 Zac Efron was spotted filming scenes for the upcoming movie version of the series "Baywatch," and it looks like audiences may need mouth-to-mouth after glimpsing the his killer beach bod! 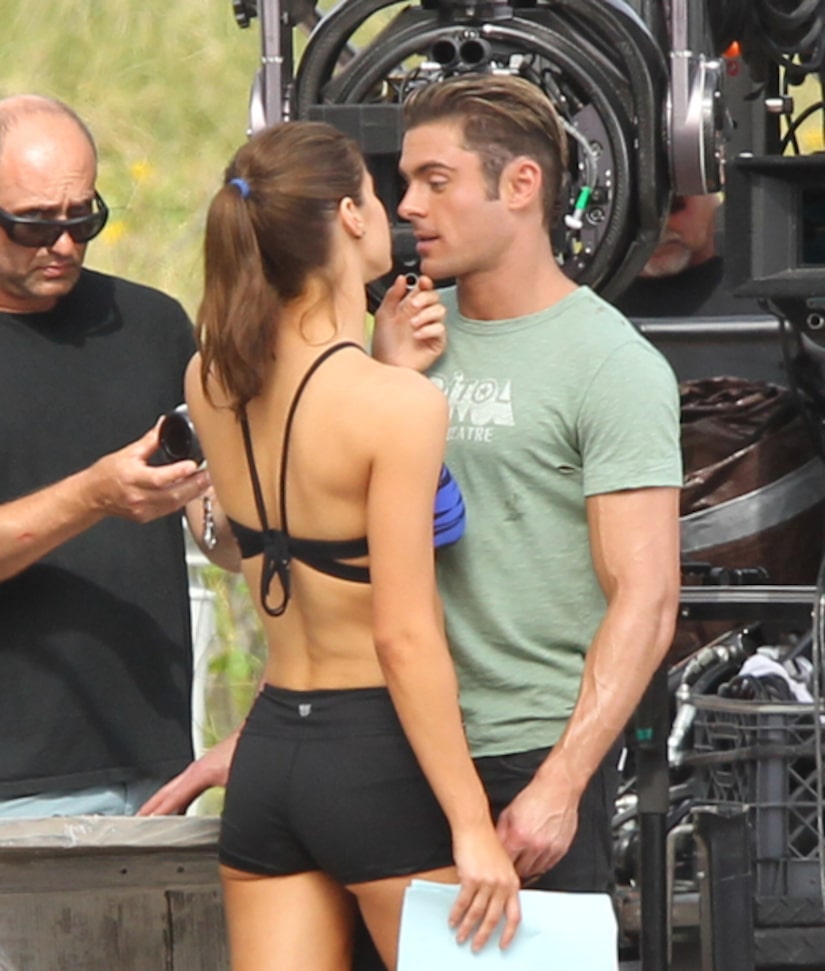 Script in hand, Zac was spied filming an intimate scene with co-star Alexandra Daddario, in which the two look like they were about to kiss. 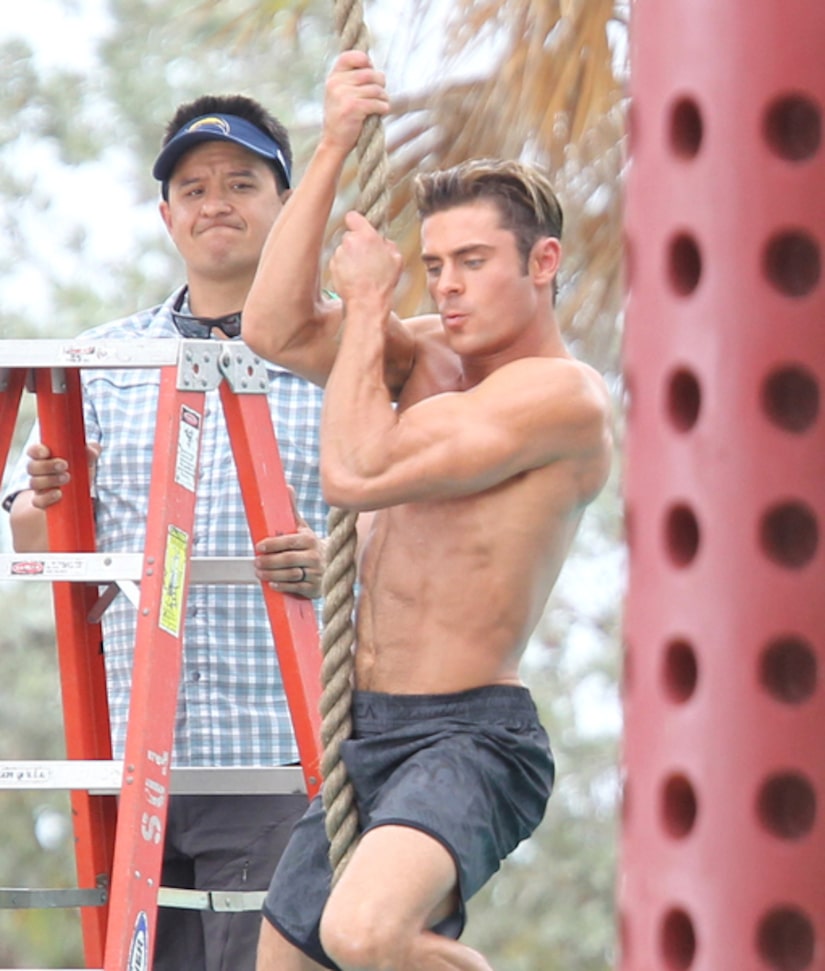 Later, he was swinging from a rope (all the better to flex his muscles), and flashing a glimpse of his stars-and-stripes Speedo under his shorts. 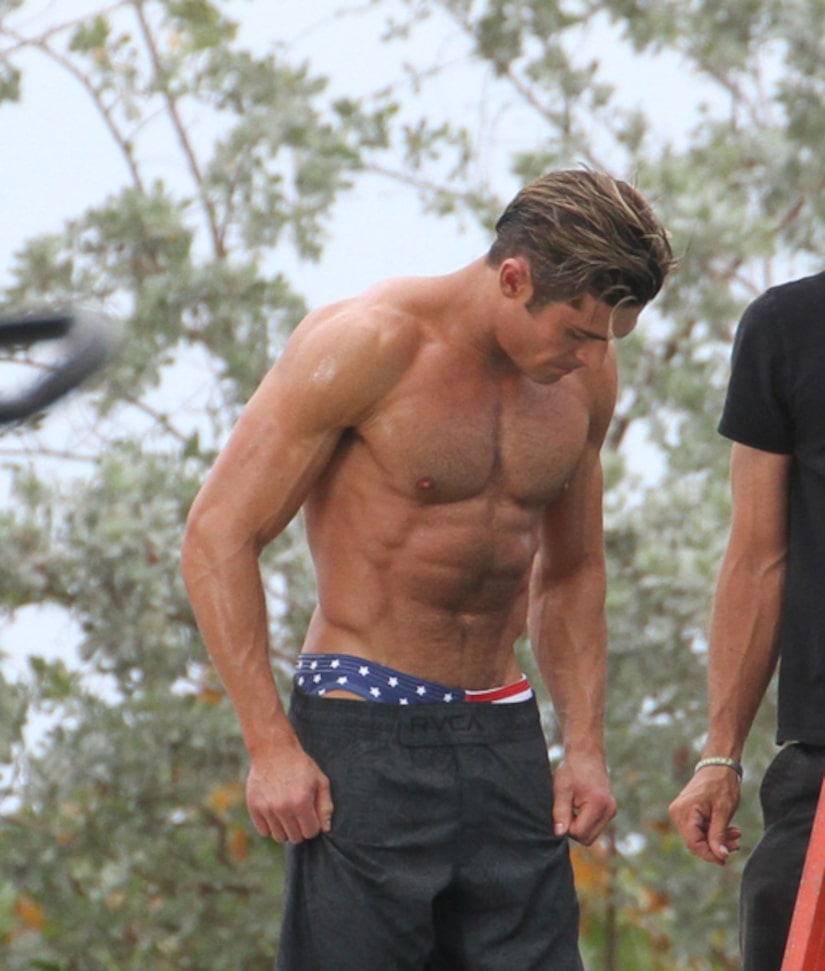