We are only hours away from the Oscars, and Hollywood stars are giving us a glimpse of their pre-awards show rituals on social media.

Best Actress nominee Brie Larson got ready for the show by having a hearty breakfast in her hotel room. She captioned the Instagram snap of herself in a robe, "Highly concentrated breakfast eater. 📸 by @alexandergreenwald.”

Brie’s adorable co-star Jacob Tremblay also posted a cute pic of himself in a car while making his way to the show with his dad and mom, who were his dates. He captioned, "In the car! #Oscars.”

In the car! #Oscars

Lady Gaga posted a Snapchat video of herself wearing a breathing oxygen mask to preserve her voice before her performance tonight.

2006 Best Actress winner Reese Witherspoon shared a pic of herself getting glammed up about by her makeup team.

Best Supporting actor nominee Sylvester Stallone posted a pic of himself in a tux and wrote, "On my way to the Oscars… It's been a most memorable year.”

Another handsome fellow who wore a suit for the show, was Sam Smith, who will perform tonight. He captioned, "LET'S GO @jimmynapes.” Sam has been prepping for award season by working out with Kevin Jackson, who had him doing push ups, sit-ups, résistance bands, core training, and plyometrics.

Host Chris Rock started off the morning by ordering some fast food at a McDonald’s drive-thru. He shared, "Where are we? #Oscars #OscarsDiet.”

Taye Diggs prepped his skin for the show by wearing a face mask.

Though Anne Hathaway won’t be at the show, she posted a cute pic of her baby bump and her Oscar. She said, "Favorite Oscar day ever. Good luck to everyone at the show! #oscars.” In 2013, she won the Best Supporting Actress award for her work in “Les Misérables." 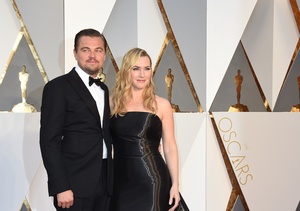 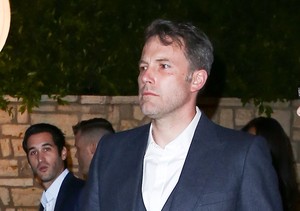 Ben Dressed in — and Looks — Blue 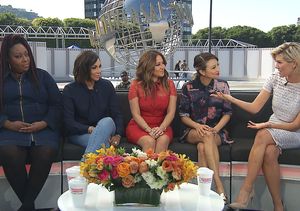