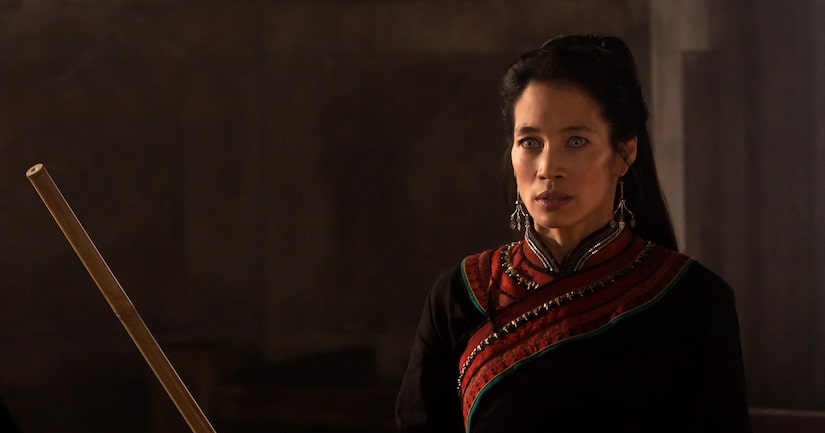 Only “Extra” was with the cast right before the Hollywood premiere to talk about the gravity-defying film.

Original star Michelle Yeoh told “Extra's” Senior Correspondent Adam Weissler all about her high-flying return to the action-packed set. Franchise newcomer Eugenia Yuan, a Hong Kong Oscar winner and star of “Memoirs of a Geisha,” revealed what it was like joining the larger-than-life sequel as a blind enchantress. Watch!

Echoing the themes of the original film, “Crouching Tiger, Hidden Dragon: Sword of Destiny” tells a story of lost love, young love, a legendary sword and one last opportunity at redemption, set against breathtaking action in an epic martial arts battle between good and evil that will decide the fate of the Martial World.

Watch the new film in IMAX theaters or on Netflix starting Friday.