Singer Kesha is making headlines for her recent court battle with her producer Dr. Luke, whom she alleges emotionally abused, drugged, and raped her.

Kesha was fighting to be released from her recording contract with Sony Music, which she claims is forcing her to work with Dr. Luke. Last week, a judge denied her request to void the contract. After the hearing, many took to social media to show their support with the hashtag #FreeKesha.

After receiving all the outpouring of love and support, Kesha wrote on Instagram, "I am beyond words in gratitude. thank you is not enough but it is all I have. a million times over and forever thank you. the support I have received has left my face swollen from tears. I love you all so much. ❤️ a statement too large for this format is coming...”

Instead of using social media to show her support, Lena Dunham wrote an op-ed in her Lenny newsletter, in which she criticized the court ruling. She said, "While the allegations of sexual assault and emotional abuse cannot be proven definitively, I think Kesha's words speak for themselves: 'I know I cannot work with Dr. Luke. I physically cannot. I don't feel safe in any way.' Although the company insists that Kesha and Gottwald never need to be in a room together and that he will allow her to record without his direct involvement, they are minimizing what Kesha says regarding how Gottwald's continued involvement in her career would affect her physical well-being and psychological safety."

Lena continued, "Kesha's case is about more than a pop star fighting for her freedom, or a $60 million investment in a shiny commercial career. It's about more than whether Kesha can strap on her cool leotards and make another album, free from a man who she says terrifies her. What's happening to Kesha highlights the way that the American legal system continues to hurt women by failing to protect them from the men they identify as their abusers. These women deserve better. They do not choose to have their reputations pilloried and their characters questioned as a tactic for getting what they want.”

Lena's BFF Taylor Swift donated $250,000 to Kesha after hearing about her legal drama. 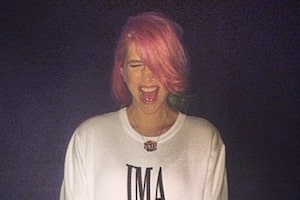 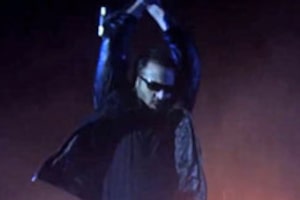 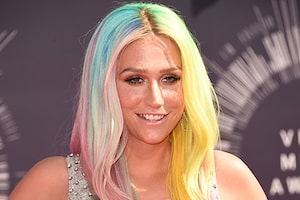