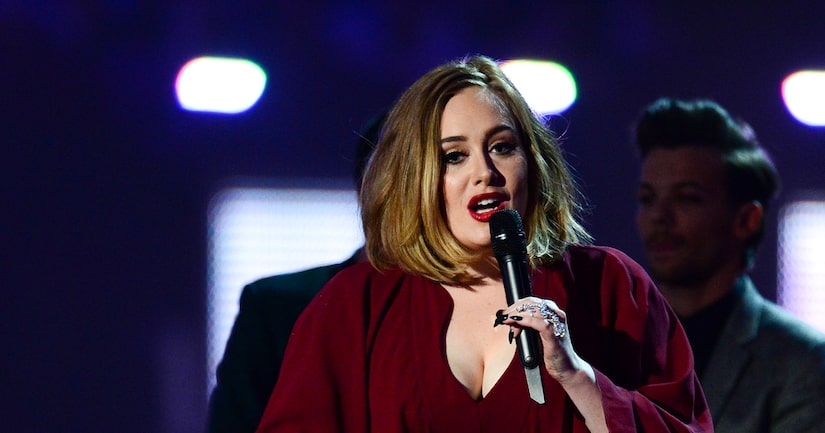 Kesha can count Adele among her supporters!

Adele used her acceptance speech for British Female Solo Artist at the Brit Awards to show Kesha some love.

"I'd also like to take this moment to publicly support Kesha," Adele said, in light of Kesha's legal battle with Dr. Luke.

Kesha alleges Dr. Luke drugged and raped her, but he denies the allegations. Now, she is fighting to get out of a multi-year deal with the record producer. On Friday, a New York Supreme Court judge denied her request for a preliminary injunction that would have allowed her to release music without Luke.

Adele also showed some appreciation for her team, thanking her management and record label for “embracing the fact that I'm a woman and being encouraged by it."

The songstress, who wore a sexy red Giambattista Valli gown, went on to win the award for British Single for her hit song “Hello.”