These are the photos catching everyone offguard today… Hillary Clinton posing with fictional White House aide Kerry Washington on the set of “Scandal”!

The Democratic hopeful stopped by the set on Monday while campaigning in L.A., but reportedly did not film any scenes.

Meanwhile, Scott Foley posted a selfie with the former First Lady. He’s in the front, while Hillary and “President” Tony Goldwyn laugh behind him. Foley wrote, “So, this happened while I was directing tonight. No big deal.#imwithher.”

So, this happened while I was directing tonight. No big deal. #imwithher

Darby Stanchfield also showed her support with a pic and the caption, “Wow! Look who stopped by the set of #Scandal tonight!”

Wow! Look who stopped by the set of #Scandal tonight! 😃 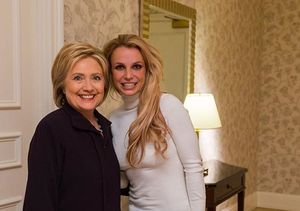 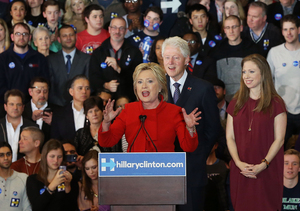 Who Was the 'Sticker Kid' at Hillary Clinton’s Iowa Caucus Speech? 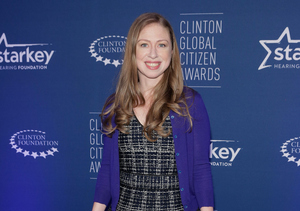 Holiday Surprise! Chelsea Clinton Is Going to Be a Mom Again