A few years ago, Howard appeared on “Watch What Happens: Live,” where he accused Robert of kicking him out of the franchise. Though he didn't refer to Robert by name, Terrence said, "This is going to get me in a lot of trouble, but who gives a f**k. It turns out that the person that I helped become Iron Man, when it was time to re-up for the second one, took the money that was supposed to go to me and pushed me out.”

In an September interview with Rolling Stone, Terrence said that Robert ignored his calls after he was replaced by Don Cheadle. "I called Robby and was like, 'Look, man...' Leaving messages with his assistants, called him at least 17 times that day and 21 the next and finally left a message saying, 'Look, man, I need the help that I gave you."

He continued, "Never heard from him. And guess who got the millions I was supposed to get? He got the whole franchise, so I've actually given him $100 million, which ends up being a $100 million loss for me from me trying to look after somebody, but, you know, to this day I would do the same thing. It's just my nature."

Despite his recent comments about Robert, it seems that the two have buried the hatchet. Terrence captioned the pic, "Nice to see my old friend again... #lifestooshort #allgood.”

The wedding between Grazer and Veronica Smiley was also attended by other big stars, including Tobey Maguire, Oprah Winfrey, George Lucas, Eddie Murphy, and Chris Rock. 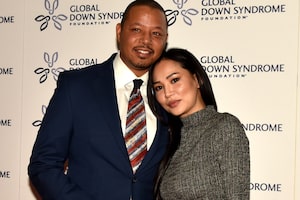 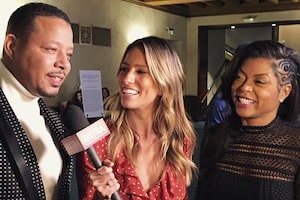