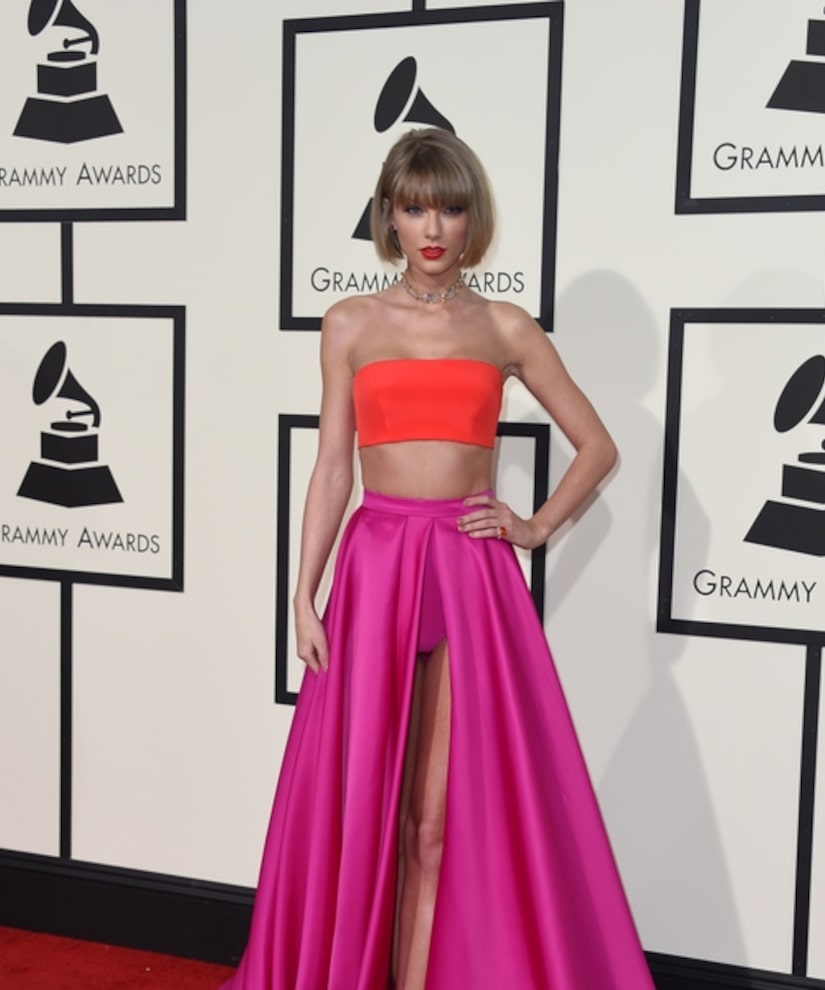 Singer Taylor Swift is definitely generating buzz with her look at the Grammy Awards!

Swift rocked a short bob, similar to the one made famous by Vogue Editor-in-Chief Anna Wintour. On the red carpet, she showed off her toned midriff and legs in a bright Atelier Versace dress and Stuart Weitzman shoes while posing with BFF Selena Gomez, who wore Calvin Klein. Taylor wrote on Instagram, "No big deal just rolled up with the hottest date. @selenagomez #grammys." 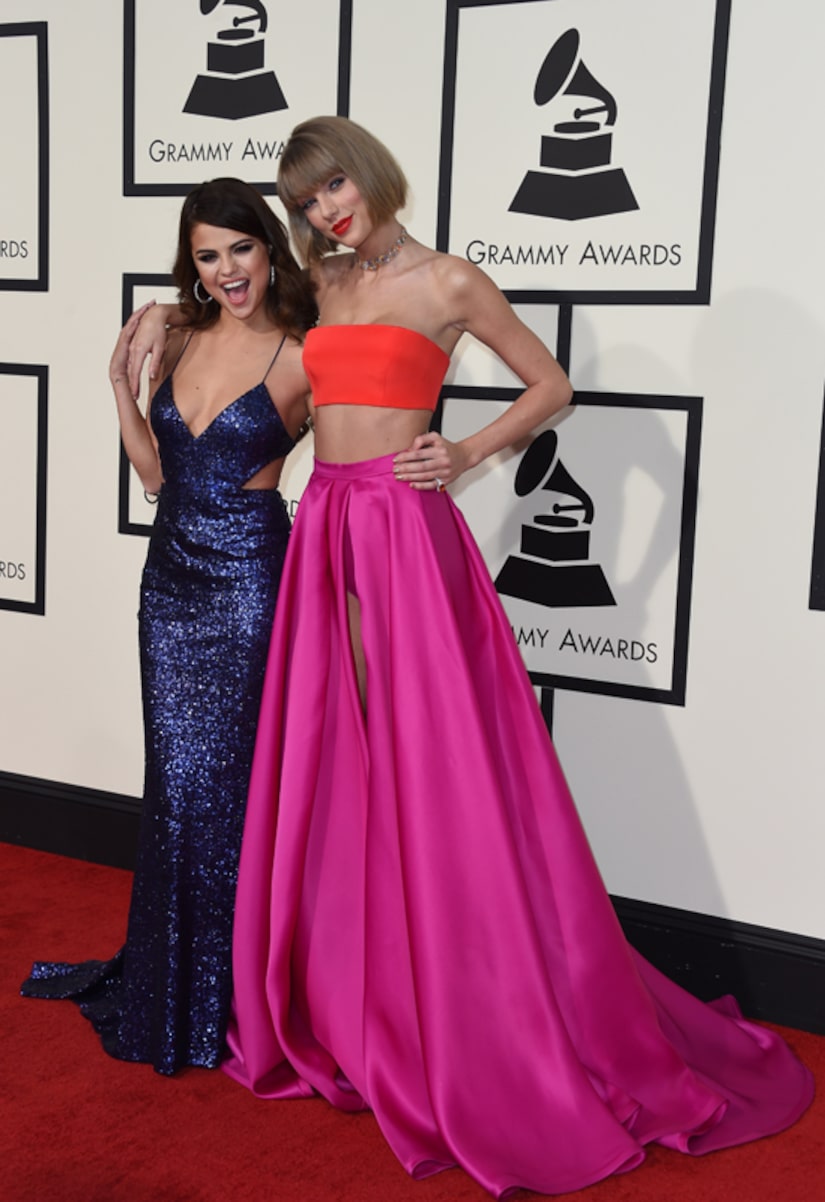 [Credit: Valerie Macon/Getty]
Taylor has been known for flaunting her midriff on numerous outings with her friends. [Credit: FameFlynet]
Before the ceremony, Taylor won two awards; Best Pop Vocal Album for “1989” and Best Music Video for "Bad Blood.” After the win, Swift posted a video of her reaction to the Best Music Video win, which also featured Selena. Watch!

We'll have to see if Taylor sweeps at the awards ceremony, which will be hosted by LL Cool J. She's nominated for seven tonight! 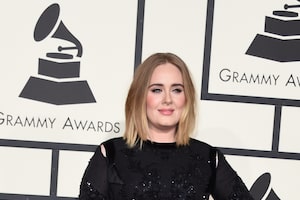 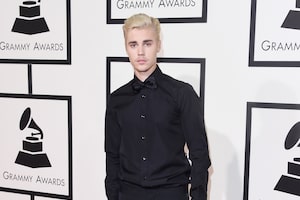