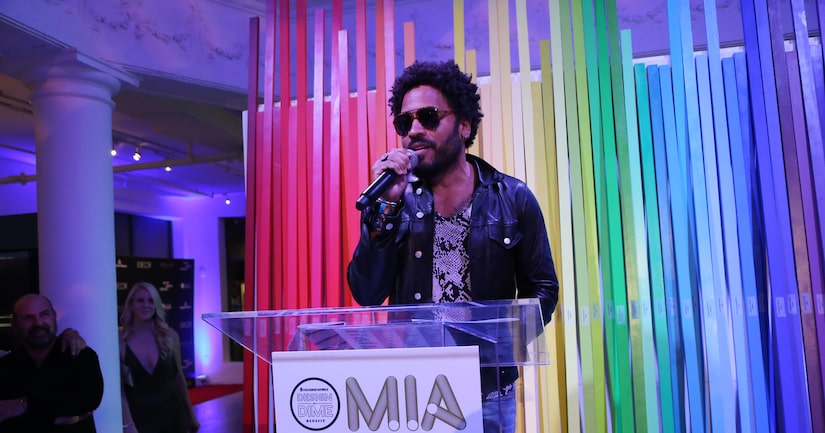 Rock star Lenny Kravitz appeared at the Design on a Dime Miami benefit Saturday, where he accepted the Housing Works "Giving by Design" Award for his work on behalf of HIV/AIDS.

The ageless guitar god, wearing a leather jacket, chic black-and-white tee, and jeans, took to the stage to announce, "A cure is around the corner." He vowed to continue helping in any way he can in the fight against HIV/AIDS. The organization hopes to end AIDS globally by 2025.

The event, held for the first time in its history outside of New York City, also attracted weatherman Sam Champion and his artist husband Rubem Robierb, who donated some of his work to be auctioned off for the cause.

Kravitz snuck in and out, but the big-hearted rocker did pose for many selfies with fans.