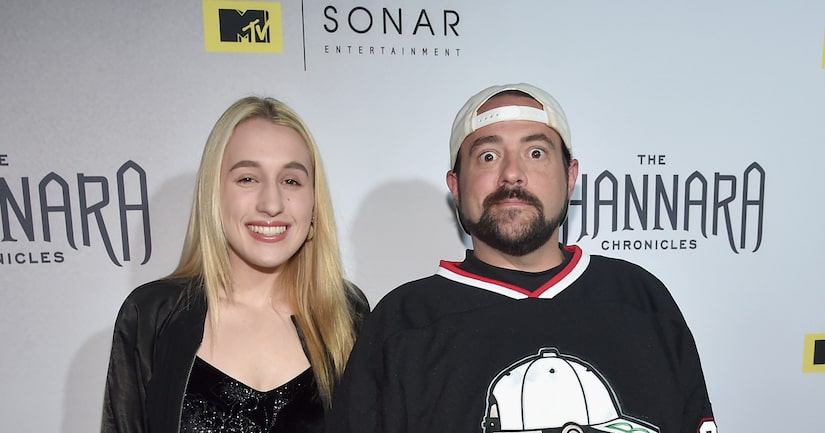 Earlier this week, Kevin Smith's daughter Harley faced a scary encounter with two men, who allegedly tried to kidnap her in Brentwood, California.

After the incident, the 16-year-old took to Instagram to share her story. She said, "I was just standing outside a Starbucks in Brentwood, where I was waiting for my uber when a large, beige car drove up to me and tried to get me to think they were my uber. There were two white men (age 20-30) in the driver (blonde hair) and passenger (brown hair) seat with an uber sign on their front window, but they were most definitely not uber drivers.”

She continued, "When I asked who they were there to pick up, making sure it was the right car, they wouldn't answer me and said to get in the car. They didn't have the uber app on their phone and were clearly just two disgusting dudes trying to kidnap a girl standing on her own.”

Harley had a message to her followers, "Protect yourself and never ever get in a car without checking that it's the correct car first!!! I was in too much haze of fear that I wasn't thinking straight enough to think to take a picture of the drivers or the license plate, but if you see a car like this PLEASE report it to the police and stop them from trying to pray on other young girls!!! We have already reported it to the police, but more information would be helpful in finding them. Be careful and look out for yourself/others!!!!”

Following the frightening experience, Kevin made light of the situation by buying a cake for Harley, which read, “Sorry Men Suck.”

Kevin also tweeted about Harley's alarming encounter with the men. See his tweets below!

BE ALERT! Two white men in beige Jeep posed as @Uber and just tried to talk my kid into getting in their car outside Brentwood Starbucks.

Safety Tip: When you leave the house, always bring something stabby, Kids. Or buy some pepper spray from this guy... https://t.co/5YcRGMhj6z

When we eventually start selling @YogaHosers that will be the aim, sir. But today, I'm just happy my kid's not dead. https://t.co/4JIjx8TE64

The attempted kidnapping happened just days after Kevin and Harley returned from the Sundance Film Festival. 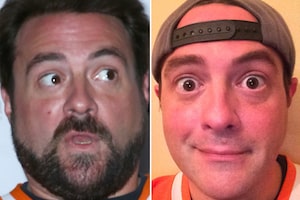 Kevin Smith Is Unrecognizable After Shaving His Beard! 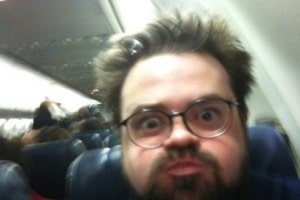 Director Kevin Smith is Too Big to Fly? 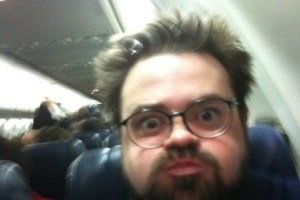