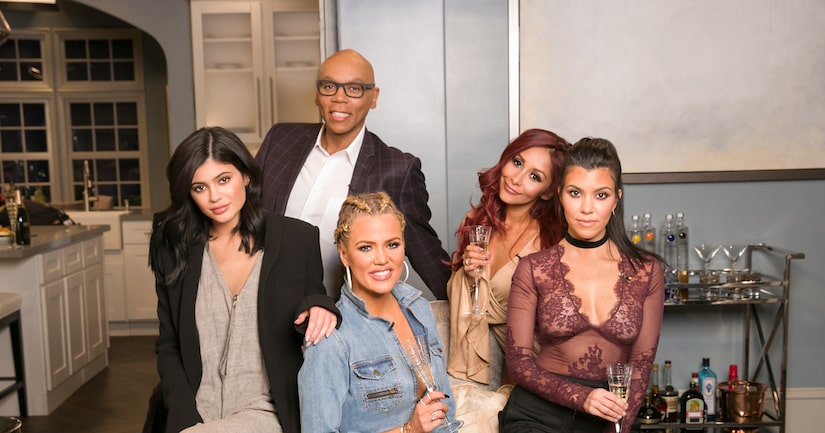 Khloé was joined on the episode by Kourtney, Kylie Jenner, Nicole "Snooki" Polizzi, and RuPaul. During the show, Snooki seemingly did a funny impersonation of Wiz. Kourtney told Kylie, "It's way better than we would have been.”

Khloé added, "This is the first time on 'Khloé's Kocktails Theater' that there is improv. And Nicole, you turned Wiz Khalifa into a Jamaican rapper and I appreciate that. There is no winner tonight because you guys are so good. It's a tie."

Another topic of conversation during the episode was Caitlyn's transition. Khloé said, "I didn't care about the transition. I was actually so happy that she was finally free and didn't have to carry on this burden. What I was upset about was Caitlyn knew she was doing Diane Sawyer before telling us. And then told us that she was transitioning but wasn't really so forthcoming with it, so I felt more slighted like, 'Wow, I had to find out on Diane Sawyer that you're transitioning.' So it is a loss, and that's something that Bruce wasn't understanding.”

The 31-year-old continued, "Can you give us the opportunity — I've lost a father, and I didn't have the time to comprehend he was dying, so I just lost him. If we almost get time to say our good-byes, can you give us that opportunity? I still feel like I'm Bruce's blood child. But it is, I'm losing one person and now I have a different person, but they are two separate people and identities."

Kylie added her two cents, saying, "I agree with you. Especially, she's coming up on her fourth quarter of her life, I want her to be able to totally live it out, because I would feel guilty if I was the reason she didn't live her life to the fullest. So much happier, and now we go out and we can go to dinner — be yourself."

On a lighter note, Kourtney also attempted to prank-call Khloé's ex, French Montana, who didn't fall for it.

“Kocktails with Khloé" airs on Wednesday nights on FYI. 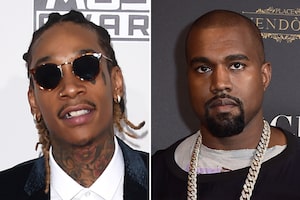