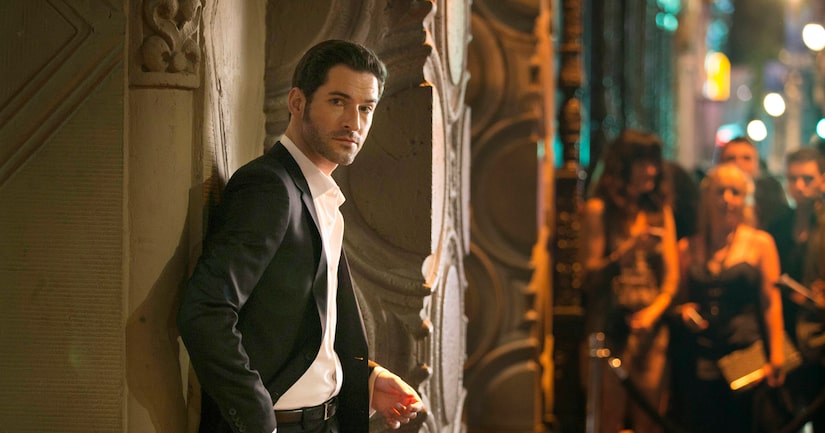 The premiere of “Lucifer” kicks off tonight on FOX, and we've got the scoop on what to expect.

ExtraTV.com and a group of TV reporters visited the set in Vancouver to find out all about the Fallen One from the devil himself, Tom Ellis, and the rest of the cast.

Ellis revealed that Lucifer is taking a break from his duties as the King of Hell to vacation in L.A., describing his carefree attitude as, “I'm out of here. I'll be back when I fancy!”

Lucifer and his friend Maze, a demon, settle into the L.A. scene, even opening a nightclub called Lux.

Unfortunately, Maze has no interest in staying on earth. Lesley Ann Brandt, who plays her, said, “She loves Lucifer, and she has made a vow, and she is committed to him through thick and thin, and if it means being in Hell… which is not the Hell she wants to be in, then she'll be here and she'll stick by him.”

His world, however, turns upside down when his friend, a young pop star, is murdered outside the club.

For the first time Lucifer feels something, making him question his role in life, which is only heightened when he begins helping LAPD Detective Chloe Decker with the case. 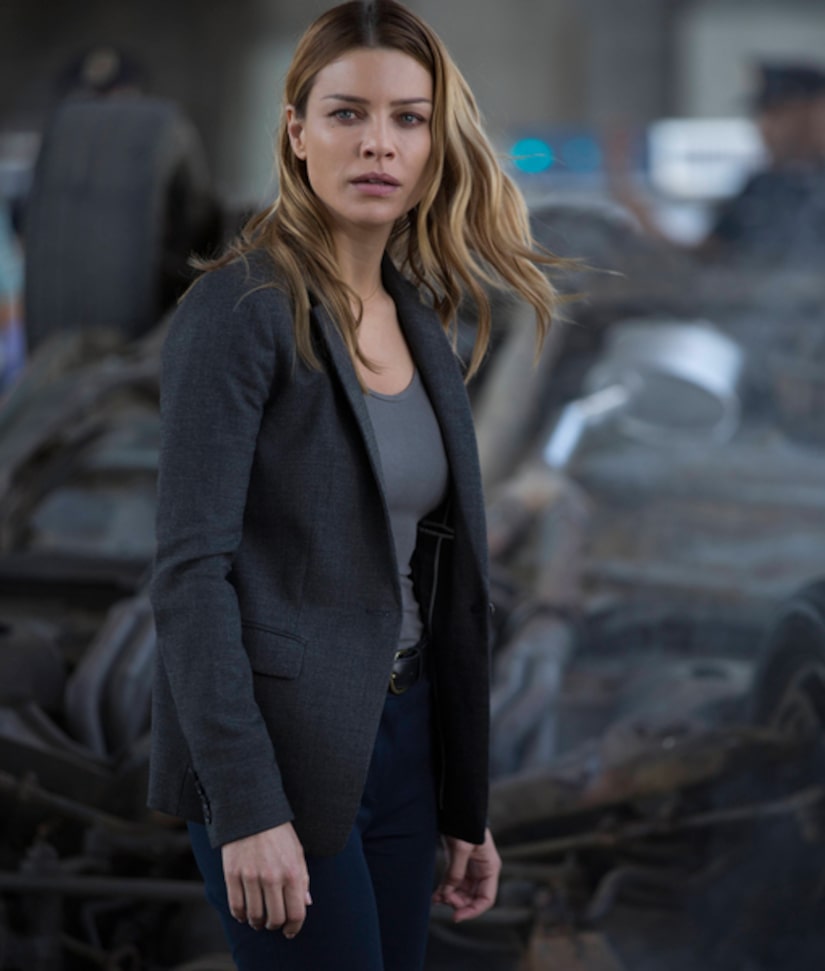 Ellis added, “He's now open to feeling things he has never felt before and that is his existential crisis because it was very simple for him before that.”

Not only does he feel a sense of humanity, but he is also perplexed by his new friend Decker, who is immune to his supernatural charms.

Lauren German, who plays Chloe, said these are referred to on set as Lucifer's “mojo moments.” When he looks you in the eye and “you are all of a sudden telling him your deepest secrets.” A tool that eventually lands him a job as a consultant for the LAPD!

This crisis leads Lucifer to get help, with Rachael Harris playing his therapist. She shed more light on his crisis, saying, “He's having an existential crisis, essentially. He's wondering, 'Here I am, I've been given this job [as the devil]. I didn't really choose this job. Am I that person, and if I am, how did that come to be and do I believe it?'”

Is the show suggesting the devil might be redeemable? Ellis said, “It is a fine line to walk, and I think what we've got on our side is that we don't cast any aspersions and we have fun doing it. And there's a bigger story at play in the whole series, which is this is a redemption story for the most irredeemable character that you know.”

Watch the “Lucifer” premiere tonight at 9 p.m. on FOX.