After kicking off her headlining Las Vegas residency, “Jennifer Lopez: All I Have,” at Planet Hollywood last night, the superstar chatted with “Extra's” Mario Lopez.

Mario was just one of the stars in attendance, including her A-list friends like Justin Bieber, her “Shades of Blue” co-star Ray Liotta, and of course her BFF Leah Remini. She shared, “I have the best friends. Leah always supports me in everything that I do. All my girlfriends were here, my special girlfriends, but yeah, to see people that I work with who I didn't know were coming, people that I don't work with, Bieber, Kelly Osbourne, Rosie Huntley, all different kinds of people here enjoying the show who are just fans… I was super happy it was a great opening night.”

The opening night also brought out big names to the stage, including Ja Rule doing "I'm Real", Ne-Yo on "All I Have," and of course Pitbull performing "On the Floor” with Lopez.

J.Lo said about the collaborations, “I didn't ask a lot of people to come out, but I did ask a few people and I felt like Ja and Pit have been such a big part of my music and different moments of my career, you know, it was like me and Ja and then it was like me and Pit, so I really wanted them to be here.”

She went on, “And then I was thinking, you know, I wanted to sing 'Very Special,' which inspired “All I Have,” which inspired the show, and I thought, 'Who could be that guy, who are the R&B guys who could sing that?' Neo's one of my favorites, so for sure I wanted him to come.”

Mario was completely blown away by Jennifer's performance, gushing, “I see a lot of these shows…but you gave me everything!”

He told Jen, “The highlight for me, though, was watching your mom, Guadalupe.” Jen responded, “She was on tour with me, so she learned all the beats and the steps and she knows all the musical breakdowns and things that we do.”

One of the things Jennifer, 46, did during the show was flaunt her incredible body, making wardrobe changes within wardrobe changes during “All I Have,” so many that she lost count. On how she is able to balance it all with Vegas, the last season of “American Idol,” and her new hit TV show, “Shades of Blue,” Lopez said, “This is a different kind of tired, when you do shows like this and I'm just realizing as I'm getting into it now, I'm like, 'I'm gonna have to do this, like, three or four times a week every few months, okay?' My shows are really high-energy, I just have to figure out what works… We just kind of balance it out so we can do everything great.” 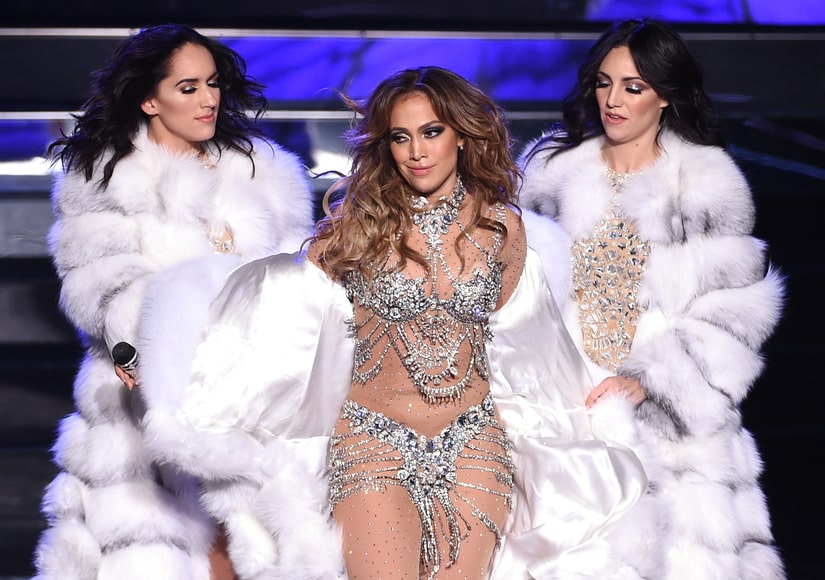 [Credit: Ethan Miller/Getty]
J.Lo also carves out time for twins Max and Emme, and even dedicated a part of her show to them. “I always want them to know how important they are, because I work a lot and they're always with me… I sometimes don't ever want them to feel that they're not the most important thing, so I always tell them that and I always want to put something in my shows that lets them know, 'You inspire me, I was always thinking of you even when I'm working.'”

Lopez also talked about a picture of her Kate Hudson and Lady Gaga that went viral following the Golden Globes. Lopez gushed over Mother Monster, “She is such a sweetheart! She sent me flowers after that, just saying, 'It was great hanging out with you.' She's a nice girl, she's a New York girl like myself. She was overwhelmed by the fact she won, it was very well-deserved; it was gracious, there is a graciousness about her. I really like what she stands for, kind of like coloring out the lines and being outside the box, being accepted. She's a nice person and I'm happy for her success.”

For more pics of Jennifer from her opening night, check out our gallery! 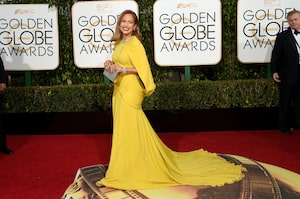 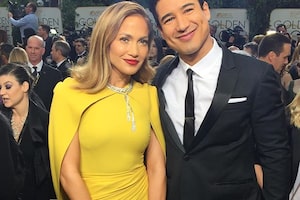 Jennifer Lopez on Her Las Vegas Residency: ‘It’s Going to Be Such a Party' 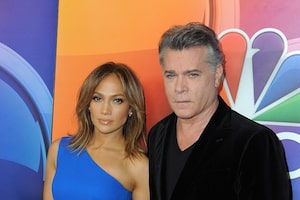