Check out the new trailer for the highly anticipated film “Suicide Squad,” which debuted on Tuesday night during the “DC Films Presents: Dawn of the Justice League” special on The CW.

The trailer was released just days after new posters for the film were revealed.

The film, which hits theaters August 5, centers on a group of DC Comics villains on a mission to wipe away their criminal records. The cast includes Jared Leto, Joel Kinnaman, Jai Courtney, Margot Robbie, and Cara Delevingne.

Gadot said about her character, "We're going to see her coming of age, the entire history, what's her mission.”

Gal will debut her version of Wonder Woman in Zach Synder's upcoming movie “Batman v Superman: Dawn of Justice,” out in theaters on March 25. 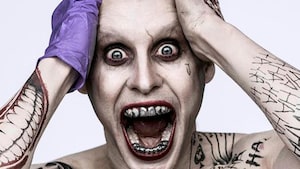