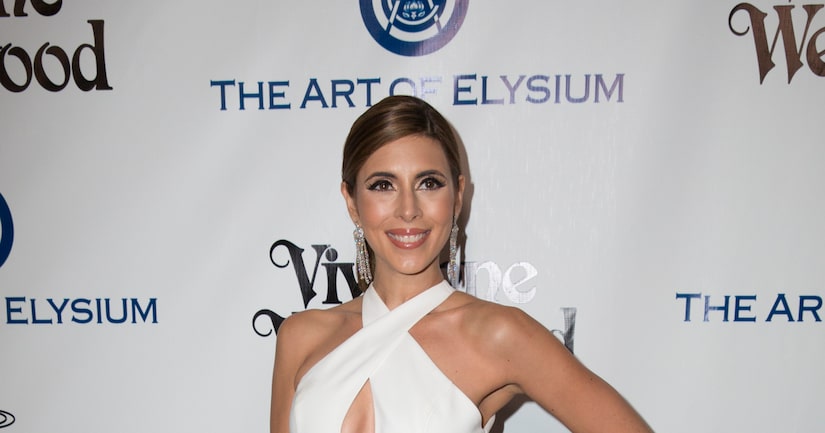 Just days after Jamie-Lynn Sigler married Cutter Dykstra, she is revealing a big secret about her health.

Sigler confessed that she has been battling multiple sclerosis (MS) for the last 14 years, ever since being diagnosed at the age of 20.

She told People about her struggle with the disease, which damages the central nervous system. "I wasn't ready until now,” she said. "You'd think that after all these years, somebody would be settled with something like this, but it's still hard to accept.”

The 34-year-old was symptom-free at the beginning, but has struggled with the effects of the disease over the past decade. She said, "I can't walk for a long period of time without resting. I cannot run. No superhero roles for me. Stairs? I can do them, but they're not the easiest. When I walk, I have to think about every single step, which is annoying and frustrating.”

Before the news was public, the “Sopranos” star would do her best to hide the disease while working on set. She shared, "Sometimes all I needed was, like, five or 10 minutes to sit and recharge, but I wouldn't ask, because I didn't want them to be suspicious.”

Over the past six years, Sigler has been able to live with the symptoms by taking the drug Tecfidera. "Things are manageable now. It takes a fighting attitude to deal with all this. This disease can absolutely take over your life if you let it.”

On why she waited years to share the news, she explained, "I'm at a point in my life with my son, with my new marriage, it's a new me. I don't want to hold a secret where it feels like I have something to be ashamed of or have something to hide. It's part of me, but it's not who I am.”

Her son played a major role in her decision to talk about her MS. "I didn't want him to get to an age where he felt like he had to keep this secret for me as well. I wanted to be an example to him of strength and courage."

Though Sigler is battling the disease, it doesn't prevent her desire of having more children. Watch a video to learn more about her disease.