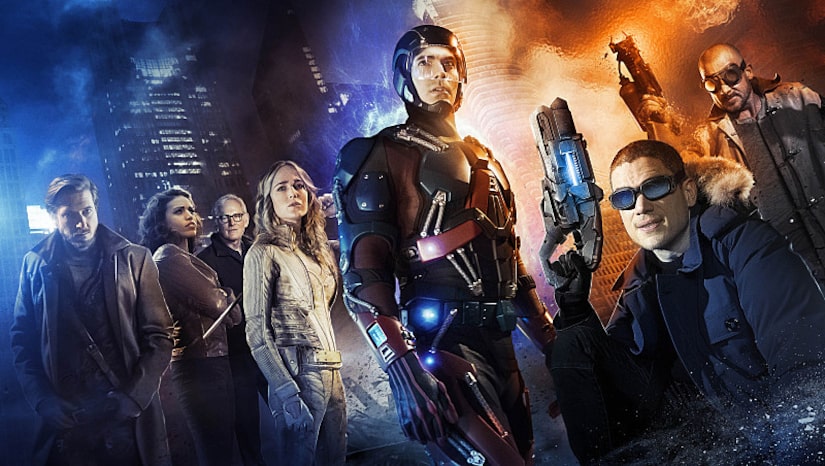 Fans of “The Flash” and “Arrow” are gearing up for the super spinoff “Legends of Tomorrow,” which premieres this week on the CW!

The story kicks off as time-traveling rogue Rip Hunter assembles a team of heroes and criminals to battle against a 4,000-year-old immortal villain named Vandal Savage.

ExtraTV.com caught up with some of the cast and producers at various events over the past few months, even visiting the set in Vancouver this fall. Here's what they had to say about the new series:

Wentworth Miller on Leonard Snart/Captain Cold becoming a team player:
“It is this cool concept of heroes and villains working together to take on this supervillain, but that doesn't mean it is meant to be one big happy family. I think there are going to be bumps in the road. I think Captain Cold is used to calling the shots and not working as a team player… I don't know if you will see [Snart's] nicer side, but he is challenged at this point to develop his altruistic side… my hope as the actor playing the character is that he never becomes fully good because he is so much fun to play bad.”

Brandon Routh on Ray Palmer/The Atom being the optimistic one in the group:
“He's the optimistic side for sure -- most of the time, and I think helping the villains understand another side of life. But they're doing a really awesome job -- interesting job, helping him understand the other side of life,” he said, later adding that Ray has had several scenes with his “polar opposite” Captain Cold. “There's been some really cool character developments come from that, both characters kind of learning a little bit from each other… and there's a lot of good comedic moments that happen between the two of them and then adding in Heat Wave (Dominic Purcell) as well.”

Victor Garber on how Prof. Martin Stein/Firestorm fits into the “Legends” family drama:
“What's interesting about this show and what's different about this show is there are those different personalities all put together in one trying to battle bigger evil. That's what intrigued me about it because it's really a family drama. It's got where everyone is a superhero and can do these things, but for me, what interests me about all these shows is the human aspect… I am the oldest person and arguably one of the smartest, and therefore, there's, as you may know, a touch of arrogance and hubris about Stein that does get him in some hot water with his partner – with Jefferson Jackson – and with the other people on the ship.”

Ciara Renée on Kendra Saunders/Hawkgirl's time travel:
“We know she gets reincarnated so I think that is going to be a really interesting aspect especially with time travel, maybe we will bump into her in different time periods,” she said, adding that the cast is “super great. It is great chemistry we are all so different so to see us together is going to be really interesting the ways we work and don't work.” 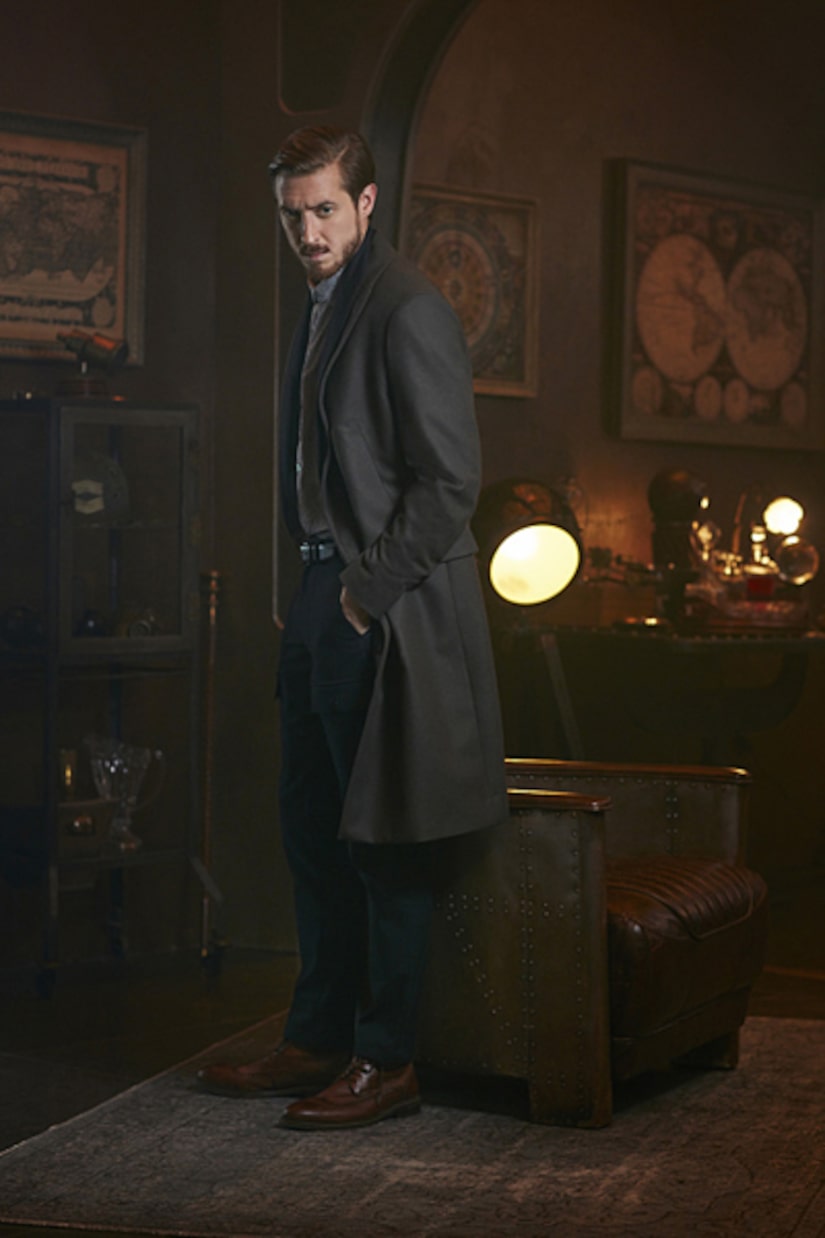 Arthur Darvill on training for Rip Hunter's fight scenes, and not wanting to be a guidance counselor:
“So far, we've had quite a few big fight sequences. The stunt team on this are amazing, and my stunt double, Matt, is brilliant and helps me through everything and makes me look like I can actually do it rather than the wiggly idiot that I kind of think I am,” he said, also touching on the “Legends” group dynamic. “Trust is a big issue. I think trust is the main issue, actually, and just keeping everyone in check. I don't think he wants to become some kind of guidance counselor, and they've still got a job to do and it escalates. The whole thing escalates.”

Franz Drameh on how his background in the circus helped with the role of Jefferson “Jax” Jackson/Firestorm:
“There's been a lot of wire work and flying around, which I love doing, absolutely love doing, because I used to be in the circus when I was younger, as well… I was in the London Youth Circus, from like 7 til I was 14. Doing like flying trapeze, acrobatics, tightrope-walking, all that kind of stuff. So I come from a pretty active kind of background,” he said, joking that he's a “bit rusty, but some of it's like riding a bike, really. You never really forget.”

Caity Lotz on doing those Sarah Lance/White Canary stunts:
“I don't have a wing and a mask this time, which as cool as it looked, I'm so excited not to, just because you get so much more facial movement and also visibility for doing stunts, because I am very into doing the fighting. Before you couldn't tell if it was my stunt double or if it was me because I was so covered up. I really love doing as many of my stunts as possible, so it will be fun to see the action and then to see that I'm doing it is hopefully pretty cool for people.”

Producer Marc Guggenheim on choosing Vandal Savage as the series villain:
“He is my all time favorite DC villain, my favorite, and this is such a childhood dream of mine. There is an issue of 'Flash' where Vandal Savage he's in the middle of the cover and he's basically punching Green Lantern and kicking The Flash. It is one of the most seminal memories of my childhood. The fact that we are bringing him to television for the first time is incredible.”

Be sure to catch the “Legends of Tomorrow” premiere on Jan. 21 at 8 PM on The CW. 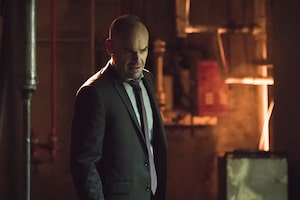 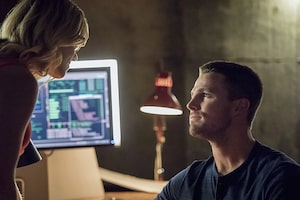 #Olicity News: Will Oliver Queen Propose to Felicity on 'Arrow'? 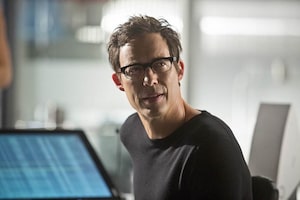 'The Flash': The New Harrison Wells Is 'Even Less Cool Than He Was Before'