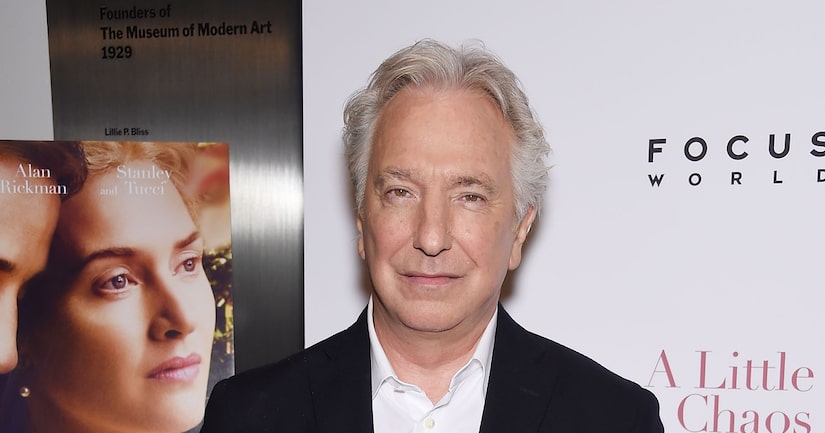 Beloved actor Alan Rickman, known for his work in films such as the "Harry Potter" series, "Die Hard," "Truly Madly Deeply," and "Robin Hood: Prince of Thieves," has died. He was 69.

His family released a statement, saying, "The actor and director Alan Rickman has died from cancer at the age of 69. He was surrounded by family and friends."

"Harry Potter" author J.K. Rowling paid tribute to Rickman on Twitter, writing, "There are no words to express how shocked and devastated I am to hear of Alan Rickman's death. My thoughts are with [Rickman's wife] Rima and the rest of Alan's family. We have all lost a great talent. They have lost part of their hearts."

She told the BBC in a statement, "Alan was my friend and so this is hard to write because I have just kissed him good-bye. What I remember most in this moment of painful leave-taking is his humour, intelligence, wisdom, and kindness."

Thompson continued, "His capacity to fell you with a look or lift you with a word. The intransigence which made him the great artist he was - his ineffable and cynical wit, the clarity with which he saw most things, including me, and the fact that he never spared me the view. I learned a lot from him."

The actress added, "He was, above all things, a rare and unique human being and we shall not see his like again."

"Alan Rickman is undoubtedly one of the greatest actors I will ever work with," Radcliffe wrote on his Google Plus page. "He is also one of the [most loyal] and most supportive people I've ever met in the film industry. He was so encouraging of me both on set and in the years post-Potter. I'm pretty sure he came and saw everything I ever did on stage both in London and New York. He didn't have to do that. I know other people who've been friends with him for much much longer than I have and they all say 'if you call Alan, it doesn't matter where in the world he is or how busy he is with what he's doing, he'll get back to you within a day.'"

Radcliffe continued, "People create perceptions of actors based on the parts they played so it might surprise some people to learn that contrary to some of the sterner (or downright scary) characters he played, Alan was extremely kind, generous, self-deprecating and funny. And certain things obviously became even funnier when delivered in his unmistakable double-bass."

Daniel closed by saying he had learned a lot from Alan. "Working with him at such a formative age was incredibly important and I will carry the lessons he taught me for the rest of my life and career. Film sets and theatre stages are all far poorer for the loss of this great actor and man."