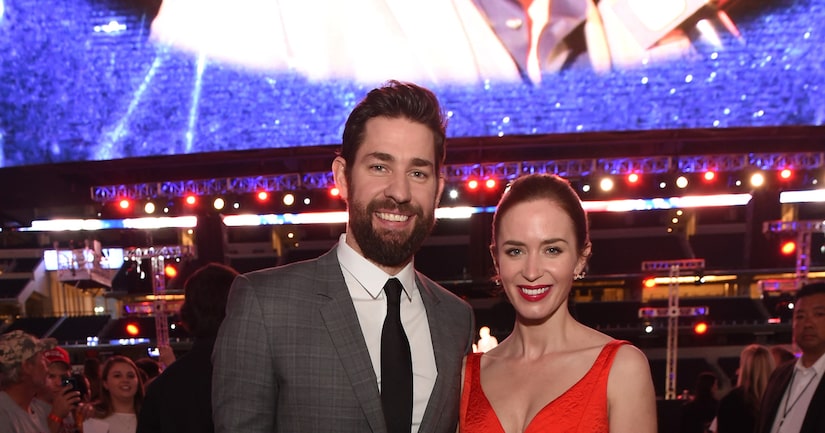 "Extra" special correspondent Taya Kyle caught up with John Krasinski at the "13 Hours: The Secret Soldiers of Benghazi" world premiere in Texas last night, where he gushed about wife Emily Blunt.

Krasinski shared how Emily inspired him as he got into shape for “13 Hours.” Krasinski explained, “[Emily] did it first. A movie called 'Edge of Tomorrow' where she got in shape. And then she did 'Sicario,' which was a pretty unbelievable movie. It's my favorite movie of the year; I'm not being biassed… My wife is my inspiration in every single category, every single day. But watching her, the dedication it took…. She inspired me to do the same thing.”

As for how he has been able to stay in such good shape? Krasinski answered, "By getting in shape first. You got to get in shape to stay in such good shape… I know it's crazy, but I didn't look like that on 'The Office.' Doing the workouts were pretty brutal. The fun thing was once you get to a certain point, maintaining it is actually pretty easy.”

John also told Taya what the biggest perk of being shape was, saying, “At the end of the day, I never thought I'd say it but I got to love it. I got to really love the science behind it and getting strong. And picking up my daughter without having a back spasm. That's always nice."

Kyle, the real-life widow of U.S. Navy SEAL Chris Kyle, the “American Sniper,” also chatted with Krasinski about what is was like playing a real-life person versus characters in his other films. Krasinski revealed,“It's probably the most emotional thing I've every gone through in my career…I've never played a real person. Certainly not someone who went through something this intense.”

When asked what was the hardest thing on the film, Krasinski responded, "The hardest thing I think for all of us was the responsibility of playing these guys and telling the story… We wanted to tell the real story."

Krasinski was also lucky enough to meet the real former Navy SEAL who his character Jack Silva is based on, and spent time with other real Navy SEALS. "I come from a military family and I thought I knew what I was saying when I said I support the troops, and it's a whole new thing for me to have this emotional experience with these guys.”

The 36-year-old added, “I thought I knew everything there was to know about Benghazi. I watched the news, I read the newspaper. I was embarrassed that I didn't know anything about this. To be a part of the story that acknowledges these men for the first time in a real way, I don't think I've ever been more proud." 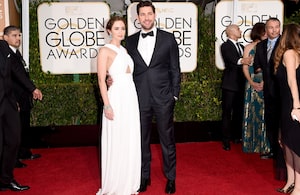 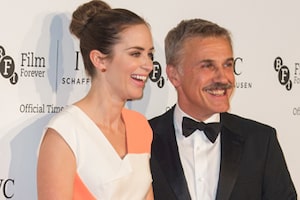 Emily Blunt and Christoph Waltz attended the IWC Gala dinner in honor of the British Film Institute in London.