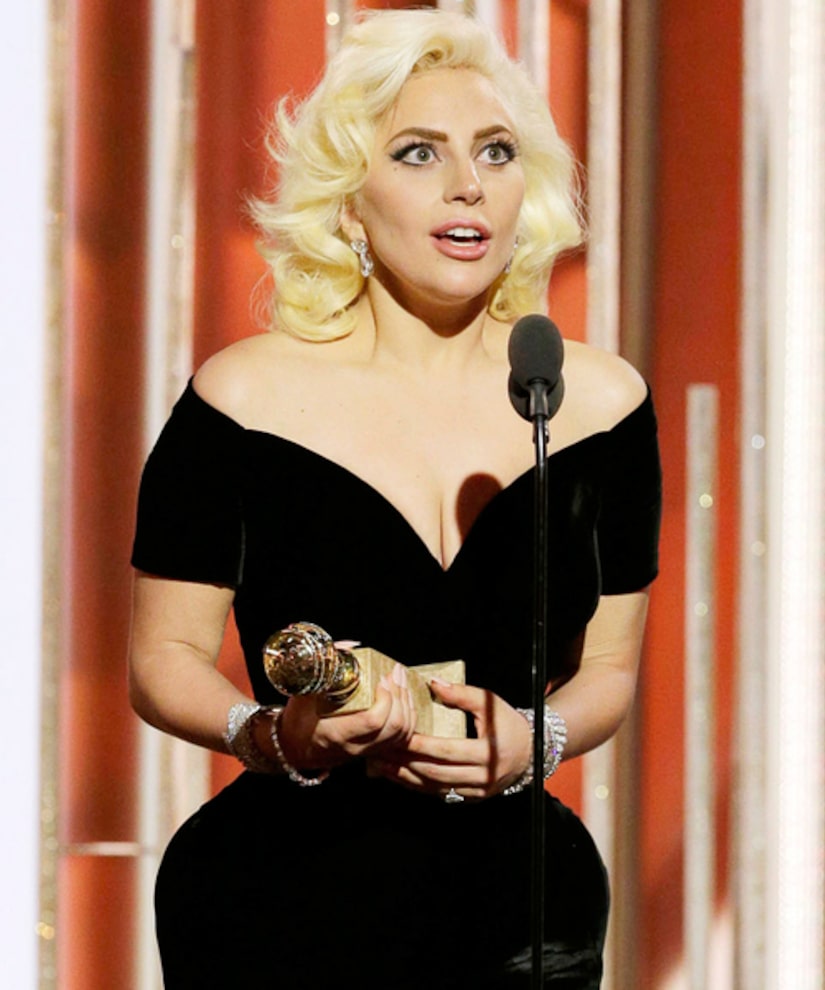 Lady Gaga won at both the Golden Globe Awards and on the red carpet!

The singer and actress snagged the award for Best Performance by an Actress in a Limited Series or a Motion Picture Made for Television for her work in "American Horror Story: Hotel" (her first nomination and win)! 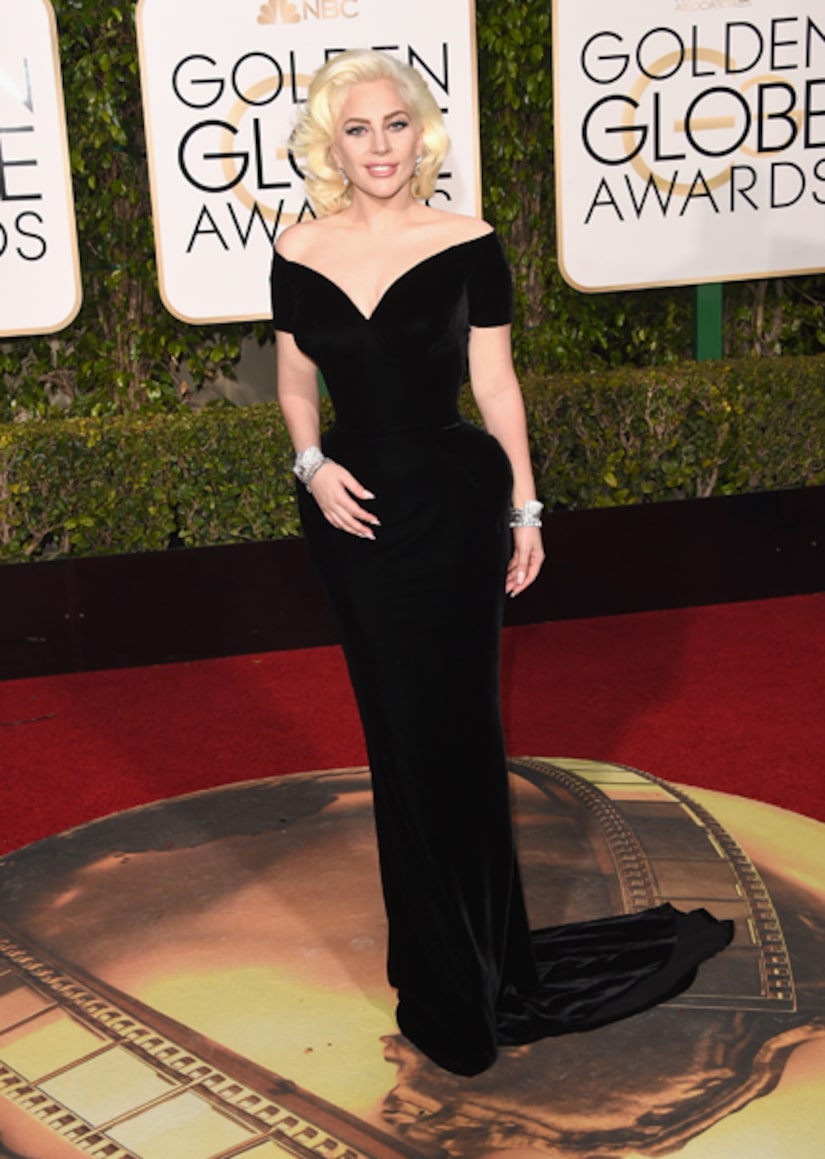 The figure-hugging gown featured a cinched waistline and exaggerated hips, and she completed her Marilyn Monroe-inspired look with tons of diamonds! What do you think of Gaga's retro look?