Hollywood A-listers took to Instagram and Twitter to give us a preview of their pre-Golden Globes rituals!

Kate Bosworth took her Dolce & Gabbana dress for a test twirl before the big show.

"Orange is the New Black" star Taylor Schilling prepped for the show by reading a book and rocking a face mask!

"Crazy Ex-Girlfriend" star Rachel Bloom did a little song and dance in her body shapers!

It's the Sexy Golden Globey Song.

I'm on my way. pic.twitter.com/McSMFkM4Rq

Gina Rodriguez and her dad got glammed up together. Rumor has it she will be wearing Zac Posen and Neil Lane diamonds on the red carpet.

When you get ready for the @goldenglobes with your bestie. ❤️ pic.twitter.com/injucqyryd

It looks like Amy Schumer and boyfriend Ben Hanisch went on a hike before the Globes!

So excited for this talented woman tonight!

"Game of Thrones" star Emilia Clarke snapped a pic in the car.

Our co-host Charissa Thompson was watching that super stressful Seahawks vs. Vikings game!

This game is stressing me out 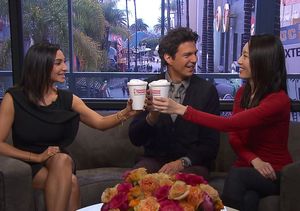 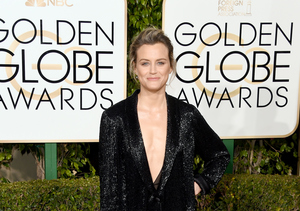 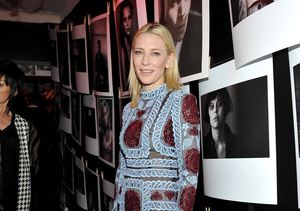