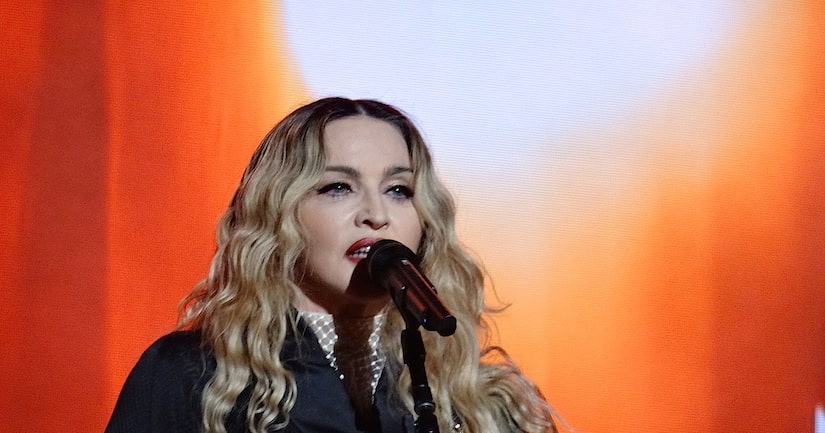 In the midst of a looming custody battle with ex Guy Ritchie over their son Rocco, Madonna has made her first statements regarding the dispute.

On Saturday, she posted an intimate family snap of herself with her four kids — Lourdes, 19; Rocco, 15; David, 10; and Mercy, 9 — with the caption: "Its possible to be an entertainer and a good mother!!! Too bad we don't live in a society where many encourage strong independent single working moms! The next great Frontier! ❤️#revolutionoflove continues ❤️#rebelheart4ever".

Previously, at a concert in Mexico City on January 6, the icon had thanked fans for sticking with her through "challenging times."

Us Weekly reported yesterday that a source close to Madonna says she is "crying constantly" over her impending legal battle with Ritchie, which was kicked off when their son Rocco refused to return home to the U.S. to spend the holidays with Madonna. She appeared in a New York courtroom on December 23, at which time a judge ordered Rocco to return to the U.S. He has yet to comply.

Madonna and Guy Ritchie will square off in court at a hearing scheduled for February.