In the campaign, Lydia portrays a young mother who is unapologetic about breastfeeding her two babies in public. 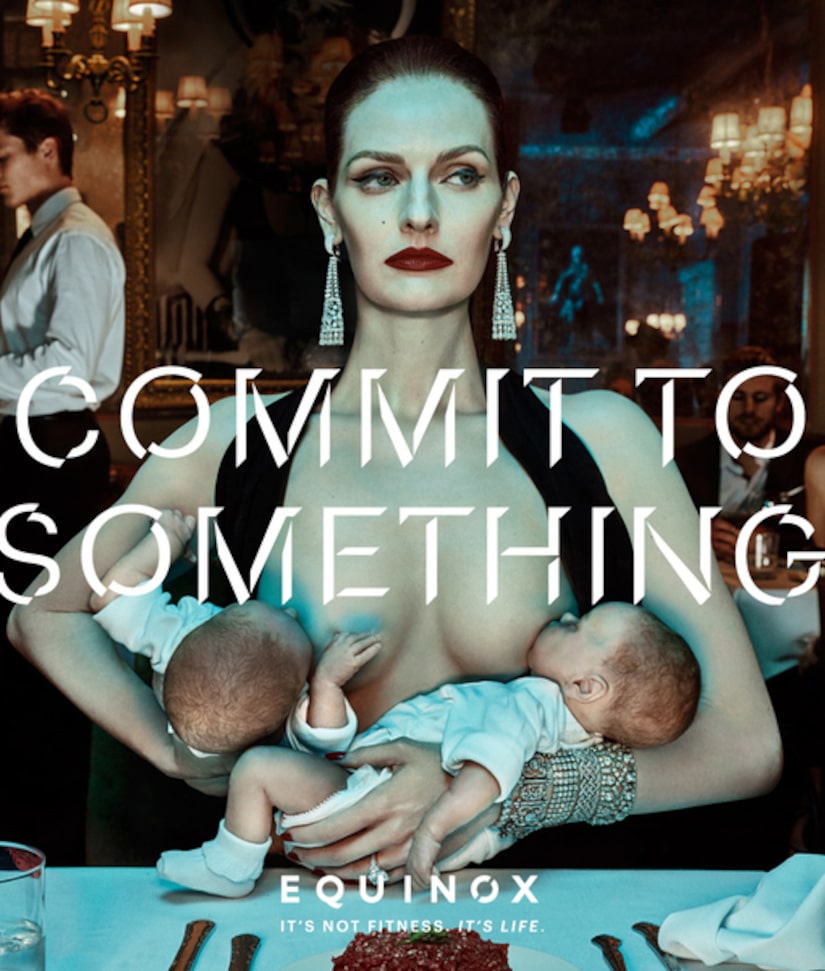 [Credit: Steven Klein/Equinox]
Hearst was photographed by Steven Klein, who has worked with Brad Pitt, Madonna, and Kate Moss in spreads for Vogue, W, and Interview magazines. He said about the campaign, "It is the responsibility of advertising to communicate modern times and social issues. This campaign addresses today's issues and social commentaries, which is a powerful approach instead of portraying people as superficial objects with no narrative.”

Carlos Becil, Equinox Chief Marketing Officer, added of the shot, "The breastfeeding image is my favorite in the campaign. Lydia is absolutely striking and projects the bold spirit of personal commitment. She and Steven Klein went for it and beautifully captured the idea. Whether it's breastfeeding in public, or other socially relevant issues, this campaign is simply about the importance of commitment.”