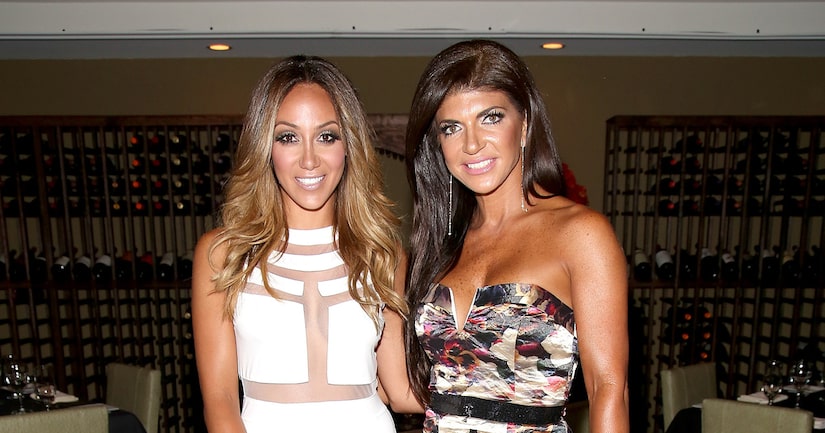 “Real Housewives of New Jersey” star Teresa Giudice is getting released from federal prison on Wednesday, a few months before the scheduled end of her 15-month sentence for fraud.

Giudice is planning on going home to her husband Joe and their four daughters in New Jersey, just in time for Christmas. The family will spend Christmas Eve with Teresa's brother, Joe Gorga and his wife Melissa. Only “Extra's” AJ Calloway caught up with Melissa at her new store, envy, to get all the details on Teresa's upcoming homecoming. Melissa told AJ, “I think they're very happy, they're excited — it's emotional.”

Teresa's release is especially exciting for her girls, Gia, Gabriella, Milania, and Audriana. Melissa shared, “It's a blessing. They're gonna spend Christmas with their mother and I'm hosting this year — Christmas Eve — so it'll be beautiful… I want to make it beautiful for them.”

To celebrate Teresa's homecoming and the holidays, Gorga is preparing a traditional Italian Christmas Eve dinner for the family. “We're Italian, so we eat fish on Christmas Eve, linguini with clam sauce, everything —calamari, you name it! We're gonna have every fish… mussels… we do, like, flounder. I have to admit my father-in-law helps me do it, we do it together… they're seven, we pick out seven and we do it.”

Gorga is dishing on Teresa's holiday plans, but she's not giving up too many secrets and spoilers about the next season of “Real Housewives of New Jersey.” She did not confirm or deny if Teresa will be back. Instead, she is focusing all her energy on her new venture, her clothing boutique in New Jersey, Envy by Melissa Gorga, saying her BFF helped her pick the name. “I wanted something that was short and sweet: Envy what you're wearing, envy clothes, make them envy you.”

The store is something she's always wanted to do. “My HSN jewelry line has done so well — it sells out all the time — so this just felt like the next natural step.” The store caters to every woman. “You can anything from a dress, a date night, a T-shirt, a sweatshirt, a great pair of jeans.”

Envy will also launch online. Check out some of Melissa's favorite items below!