It sounds like Nick Cannon and Mariah Carey's twins Moroccan and Monroe are ready for Christmas!

Nick sat down with IMDB Asks host Ben Lyons to talk about his new film “Chi-Raq,” and dished on his kids too.

He added that they idolize their mom. "They get to see her [Mariah] in every aspect, travel the world, and on the stage. Her ability to sing right there on the spot for them. Mommy is an angel, a goddess to them and Daddy's fun and silly. It's kind of cool for them to watch how they embrace entertainment. It's almost something that's very a matter of fact to them.”

When asked about his upcoming movie “Chi-Raq," Nick said he was “stalking Spike Lee” in hopes of working with the director.

“He didn't show me the script or premise, but said I'm trying to save the lives on the Southside with this film,” Nick explained. “I said, 'I'm in, I'll be an extra in that film whatever it takes.' When he gave me script, it was courageous, brave, and up for the challenge.”

When it came to preparing for the role, Cannon said, “I'm all about authenticity, I wanted to be a part of the community. Eating at the restaurants, going to churches, living with the guys who are a part of that life and trying to change their lives.”

“Chi-Raq” is in theaters now. 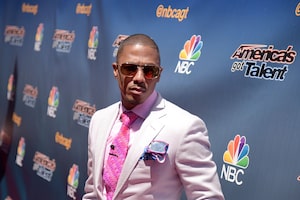 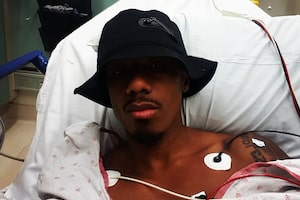