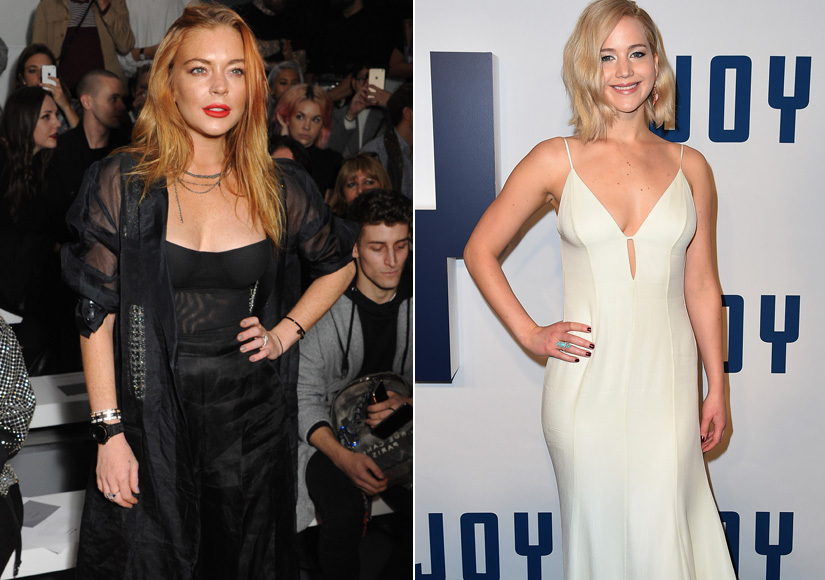 Jennifer Lawrence had a little fun at Lindsay Lohan’s expense on Monday night, and now LiLo and her sister Ali are hitting back on Twitter.

Lawrence was talking about her hectic work schedule while on “The Late Show with Stephen Colbert,” explaining, “I get, like, Lindsay Lohan-grade exhaustion, but without any drugs or alcohol.”

Ali responded first, saying, "I never breathe life into negativity but I stand by my family. Disappointed in Jennifer Lawrence. You lost a fan. @lindsaylohan.”

Then Lindsay tweeted a Maya Angelou quote with the message, "@aliana thank you sister.. Maybe who you're referring to should learn to support others like #mayaangelou."

@aliana thank you sister.. Maybe who you're referring to should learn to support others like #mayaangelou pic.twitter.com/hUYJZAQ2RH

So far, JLaw has not responded.