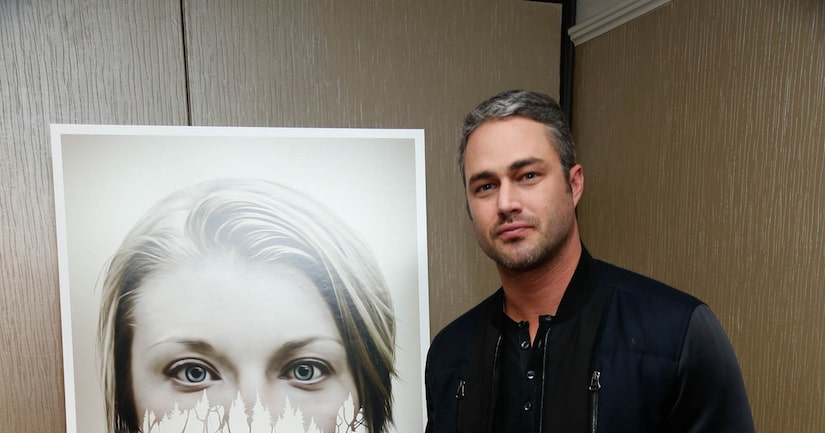 "Chicago Fire's” Taylor Kinney recently sat down with “Extra's” AJ Calloway while promoting his new film “The Forest.” He opened up to us about his fiancée Lady Gaga's cooking.

Of her delicious creations, Kinney shared, “I let her take care of that. You never really know what you're getting, but you call it 'Italian' and it will be good. Yeah, she's a tornado in the kitchen.”

The couple, who were spotted in NYC this weekend, have a lot to celebrate, including Gaga's Grammy and Golden Globe nominations and her Billboard Woman of the Year award. Taylor couldn't be more proud, saying, “She's been on a run.”

Though Kinney is very supportive of Gaga's role as The Countess on “American Horror Story: Hotel,” he admits that her racy scenes can make him squirm. “I was sitting next to her old man… and it was kind of, it was kind of, like, you look over and he looks over and there was a few knee shots looking down and, you know, I couldn't be more proud but it made for a few awkward moments.”

There are no awkward moments when Gaga checks her man out in “The Forest.” Taylor said, “She's looking forward to it, she really is; this is right up her [alley], she likes murder mysteries.”

Gaga even took time to visit him during the filming of the movie. “Actually, she came into Belgrade — she was touring at the time so she flew in.”

Taylor was traveling around the globe for the movie. “I dug it. It was a welcome departure from Chicago and being in the city… I'm a bit of a country kid myself, so it felt good.”

Kinney revealed that he was a fan of horror movies growing up, so he didn't get scared during filming. “It's based on a real place, so… That's a bit trippy, that people go to this one certain location to kill themselves, that's a bit much.”

“The Forest” is in theaters January 8. 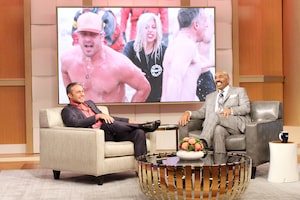 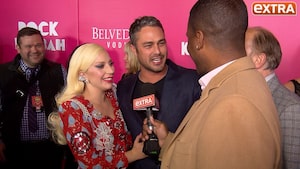