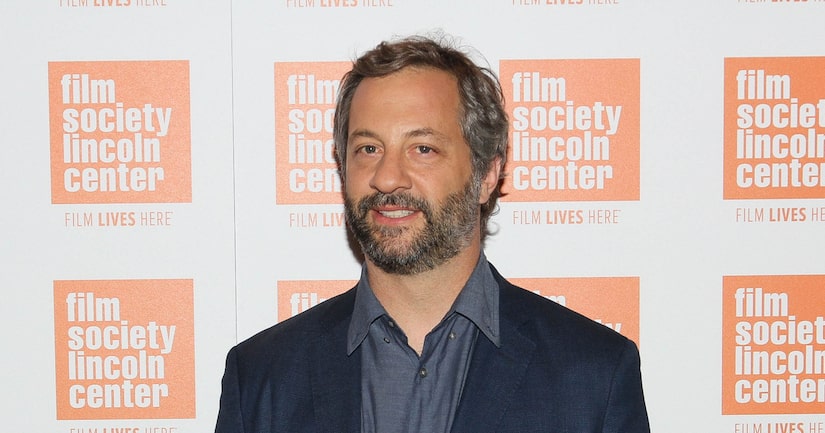 While Donald Trump continues to lead other Republican presidential contenders in polls, film director Judd Apatow shared his thoughts on Trump in Los Angeles, where Apatow was honored with the Spirit of Liberty Award from the People for the American Way Foundation.

Apatow did not hold anything back when speaking about Trump, telling "Extra's" Renee Bargh, “He's like a contestant on 'The Bachelor' who you don't want to get kicked out too early because he's going to do a lot of crazy stuff… but you don't want them to win.”

Judd isn't ruling out the big possibility that Trump could win the Republican nomination, saying, “I think anything could happen in our country… so that's why I think it's important for people to get involved on what's happening, learn, and vote.”

While many disapproved of Trump's recent proposal to bar foreign-born Muslims from entering the U.S., the 48-year-old was able to find a positive. “In an odd way I was relieved because I feel just like it reveals a lot about him, and it allows us to not elect him. To me it was like, ''Oh, good, now the real crazy is coming out and we can look to more thoughtful people.'"

Clearly, Apatow isn't voting for Trump… but who is he voting for? He responded, “That's a very good question. I'm still listening to everybody. Who knows? Out of the blue, I may go for Ben Carson!”

Trump isn't the only controversial figure of whom Judd is not a fan — he's also spoken out against Bill Cosby in the past. "I'm hopeful there will be some justice for these women [who have accused Cosby of sexual assault]. It's a lot of people whose lives were really damaged in a massive way, and hopefully something good will come of it.”

From negative to positive, Judd couldn't stop gushing about Amy Schumer, who received two Golden Globe nominations. “I'm proud and amazed because she's just so funny and thoughtful. And every time I see her on anything, do anything… it really is pretty brilliant. It was amazing to make a movie with her, but to just watch everything else she does, is pretty incredible.”

Judd has had the chance to work with Schumer, Steve Carell, Seth Rogen, and James Franco, but who does he want to work with next? “There's so many people I want to work with — I'm like a hoarder of people. There's hundreds of people I think, 'Oh, I hope some point in my career I get to work with them.' I like working with new people also because it's fun trying to figure out what would they be like in a movie, to help them create that persona.”