Earlier this week, Jenner posted a photo of herself sitting on a bed in a tight black dress, but her scar grabbed much of the attention. The pic sparked questions about how it happened.

In response, Jenner shared another closeup and wrote, "I love my scar."

Though she didn't say much about it on social media, Kylie opened up to Celebuzz a few years ago. "Yes, I do have a scar on my leg. When I was about 5 my sister and I were playing hide and seek, and I hid inside this really tall-enclosed gate.”

She continued, "After a while, when my sister didn't find me, I had to climb up on this sharp pole sticking out from the gate. I slipped and the pole went into my leg. I tried pulling away to get the pole out, but it just tore through my whole leg. It's smaller now though, because I grew!” 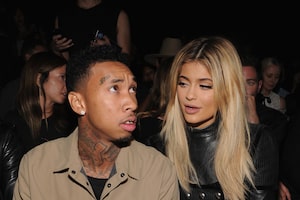 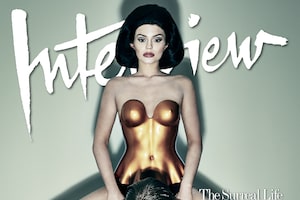