Simmons spoke to “Extra's” AJ Calloway about his open letter to Trump, which urged The Donald to “stop the bulls**t and “stop fueling fires of hate.”

Simmons explained, "Even if it's my friend, I have to at least and especially in a public forum as big as he has, you have to be able to stop it or talk about it in a more reasonable way, and so that's why I wrote the letter, to create dialogue.”

Russell had a clear message in the missive. “The message is I've known you forever as a person who's been friendly to people from all ethnicities and religions and so forth… That should be your platform, that's the platform that you operated on in the past.”

Trump previously spent time with Russell and Rabbi Schneier, meeting with the Chairman of the Islamic Society of North America. Rabbi Schneier shared about the encounter, “He [Trump] was very open… he wanted to learn more about the American Muslim community. He could not have been more supportive, and we would hope that he would want to build on that experience.”

Russell also reflected on his past friendship with Trump, “Let me say this… he was a very sweet guy, he still is in his heart, I'm sure… I haven't spoken to him recently since I said I thought Kim Kardashian would be a better President.”

Simmons made it clear that he does not want to see Trump in the Oval Office. "I didn't realize that he was a serious contender… I thought it was you know, not a joke, but I thought it was him inserting his point of view into the process. I didn't know that he would be the leader, you know, I'm surprised.”

Despite Trump's controversial comments, he is still leading in the polls. Russell said of the situation, “Fanning those fumes of hate has been a real good thing for his campaign, and that's sad. It's sad that America buys into it, and I think we have to set the country straight as much as we can.”

Simmons, Founder of Foundation for Ethnic Understanding, whose mission is to fight bigotry, added, “You know we were founded, this country founded, on religious freedom, and those kind of statements are un-American, so it's very important to me that we stand up in a case like this, because we have to remind people what this country was founded on and that's why I wrote the letter.”

He continued, “The most important thing we can do is protect all people in the way that we would like protection for ourselves, and I think right now the amount of Islamophobia in this country is at a high and it's dangerous for us as a country that's supposed to represent tolerance to have this level of hate brewing... and the fact that so many people support Donald Trump's statement is a statement in and of itself."

The Rabbi added, “We have this responsibility to protect our fellow American citizens who are under attack, because of these misperceptions because of these very, very misguided attitudes.” 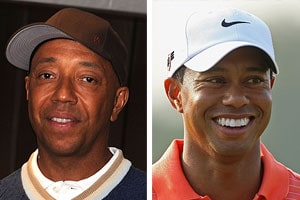 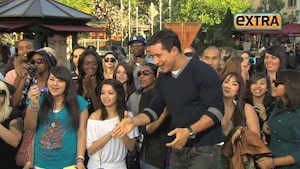