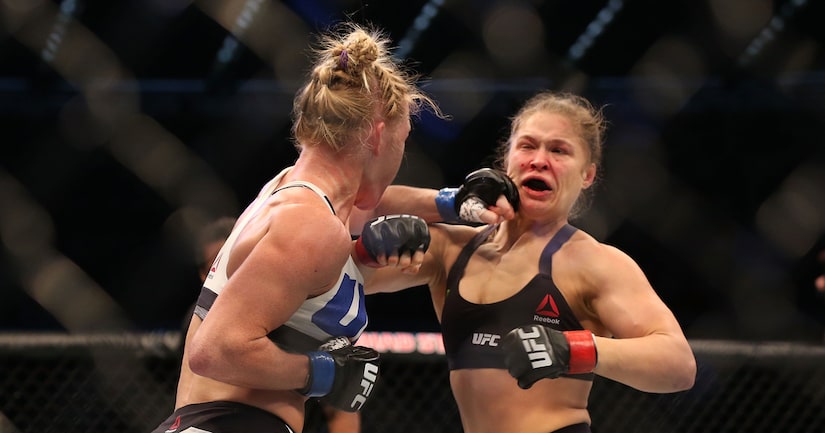 On Saturday, Ronda Rousey shocked America by losing her UFC match against Holly Holm, who won with a kick to the head.

Many celebrities, including Lady Gaga, Demi Lovato, and Olivia Munn took to social media to share their reactions to her knockout. Check out their responses!

Glad to see that @RondaRousey lost her championship fight last night. Was soundly beaten - not a nice person!

Love @RondaRousey as a person first and a fighter second. She's still my number one. But I think a few of us underestimated Holly.

Congrats @_HOLLYHOLM you just made @UFC history & shocked the world! Much respect to @RondaRousey , you'll be back... #RematchWillBeHuge

I love my Ronda but dayuuum this girl put on an incredible performance. I was screaming take her down… https://t.co/cTK0LdUm5E

After her defeat, Rousey was rushed to the hospital for precautionary reasons, according to TMZ. She updated her fans on her condition on Instagram, writing, "I just wanted to thank everyone for the love and support. I appreciate the concerns about my health, but I'm fine. As I had mentioned before, I'm going to take a little bit of time, but I'll be back."

Last month, Rousey made an appearance on "The Tonight Show Starring Jimmy Fallon," where she jokingly predicted how the fight would go down. She told Jimmy, "[Holm]'s undefeated and an amazing athlete and I think the biggest threat, definitely, to me, especially on paper and stylistically. She's the type of fighter that you have to be very, very patient with. I feel like she's gonna try and, like, keep distance and keep far away from me and get me frustrated until a point I'll make a mistake and she can try and kick me in the head." Watch! 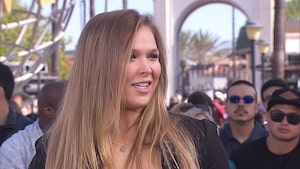 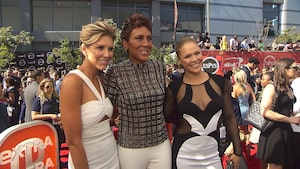