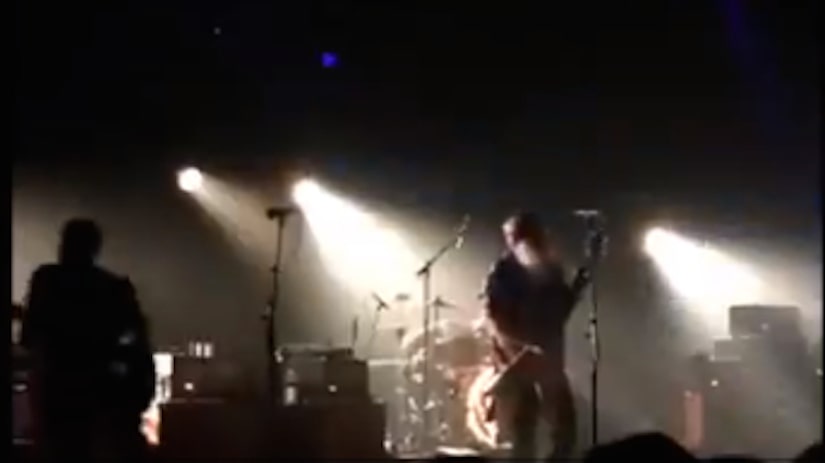 The first video has emerged that clearly captures the beginning of the Bataclan massacre on Friday in Paris.

People magazine reports that cellphone footage of a performance by the band Eagles of Death Metal shows the band in the middle of a rock performance before several gunshots ring out.

The shots turned out to be coming from two heavily armed terrorists wearing suicide vests. More than 80 concert-goers lost their lives, including the band's merchandise manager.

In spite of its name, the band does not play death metal, but bluesy rock. One of its founders, Jesse Hughes, has been described as "an unapologetic, Ted Nugent-esque Obama-basher who's a very vocal proponent of Ronald Reagan, Donald Trump, George W. Bush, and, most interestingly, the Second Amendment." Because of his pro-Israel views, it is possible the band's gig was chosen purposefully by the terrorists.

The venue itself was Jewish-owned for decades and had frequently been the target of anti-Semitic threats. It changed hands just two months before scores were murdered there.