On Tuesday, Jennifer Lawrence took a tumble at the Madrid premiere of her new film "The Hunger Games: Mockingjay — Part 2." 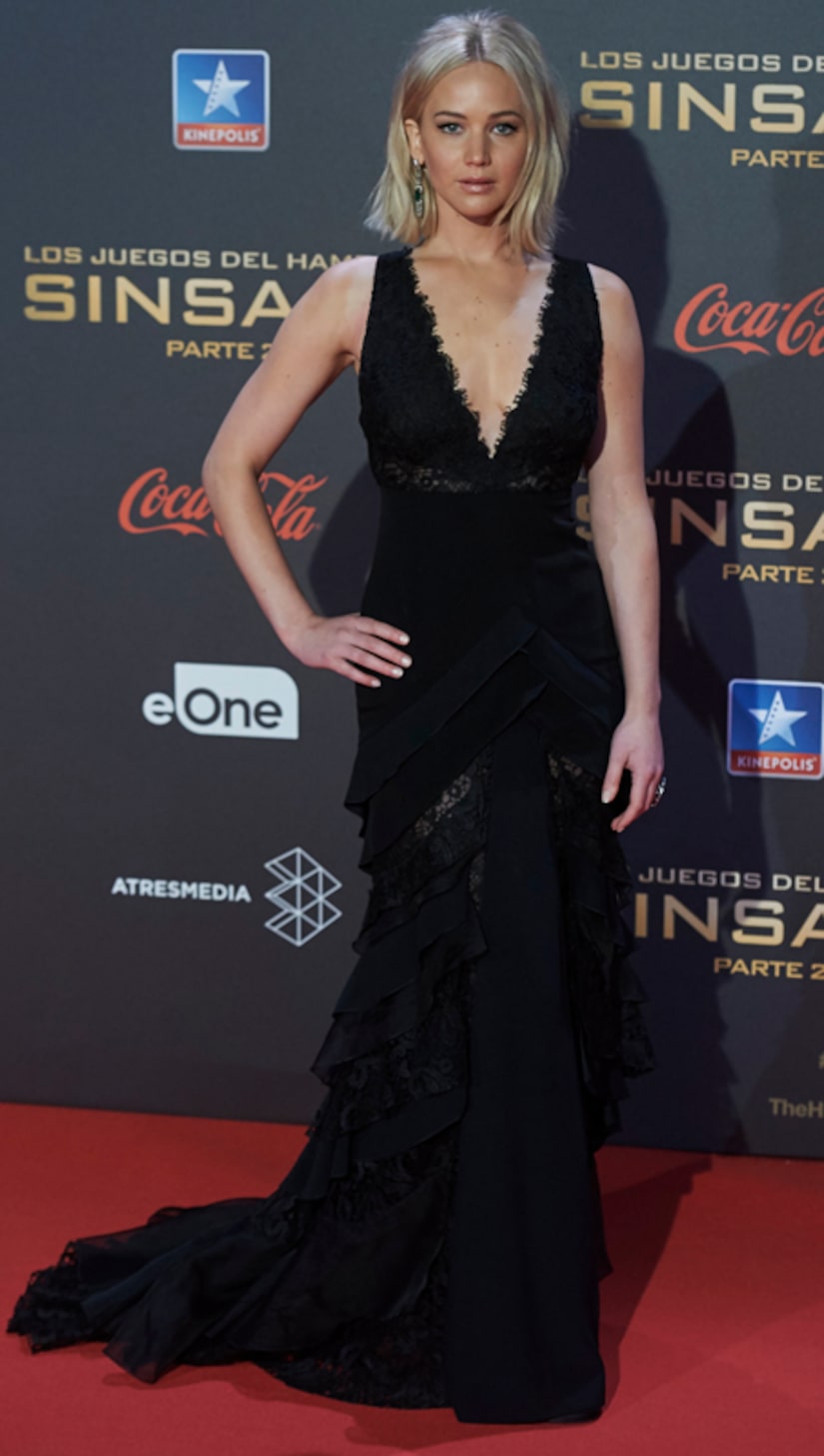 [Credit: Carlos Alvarez/Getty]
Lawrence was captured on video falling while adjusting the hem of her black dress with security surrounding her. Watch!

When producer Nina Jacobson was asked if Jennifer was fine after the incident, she responded on Twitter, "Yes. She's used to it."

@everlark4evaaaa yes. She's used to it

This wasn't the first time that Jennifer fell in public — she famously stumblde at the 2013 Oscars while walking onstage to accept her Best Actress award, and tripped over a cone at last year's ceremony. 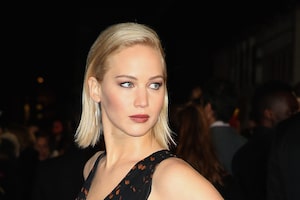 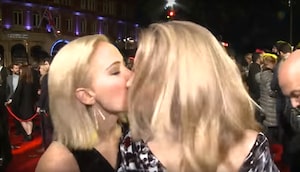 Jennifer Lawrence Interview-Bombs 'Mockingjay' Co-Star, Kisses Her on the Lips! 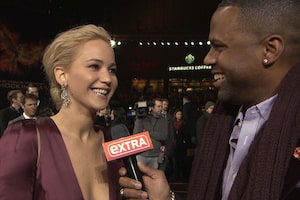