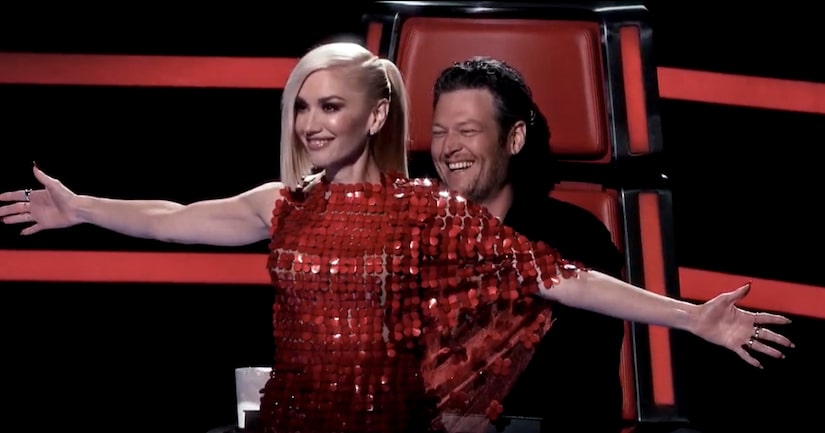 Last night, all eyes were on Gwen Stefani and Blake Shelton, who made their first live appearance on "The Voice" since confirming their romance earlier this month.

Blake also acknowledged Gwen's magic touch when he made a comment about contestant Korin Bukowski's makeover. He gushed, "I think the last time you cut somebody's hair on the show, Gwen... they won! I ended up with the person." Shelton was referencing Craig Wayne Boyd, who ended up winning in season 7.

Later in the night, Gwen promoted her single "Used to Love You" while chatting with KIIS-FM's JoJo Wright, who asked about her new relationship with Blake. Wright told Gwen, "This is one of those weird moments where, do you talk about who you're dating now? Do you talk about the breakup? I'm not going to go with the Blake thing, because I get it. [KIIS-FM's Ryan Seacrest] and everybody's already covered it. Hey, let the girl live! Let the girl date. He seems like a nice guy. Congratulations. Let's go have a drink. But I do want to ask about the previous relationship with Gavin, because that's what the song's about."

During the interview, Stefani shared more details about the inspiration behind "Used to Love You." She said, "The song was not written that long ago. Like, I want to say maybe a month and a half ago, which is crazy. I had been writing because my life blew up. Everybody knows that my life blew up last February. I'd just been dealing with that. Unexpected. I was going along thinking that was going to be the rest of my life, and it's not. I don't know what happened. I've always wanted to write music so desperately because doing it is one thing that really validates me for myself."

"There was one night, the epicenter of the whole thing — that's the most I can say about that — and the next day I wrote the chorus to 'Used to Love You,' but I didn't know it was 'Used to Love You.' I just had written all this stuff and it had happened to be in there buried in a bunch of lyrics that I had written," she added. Watch! 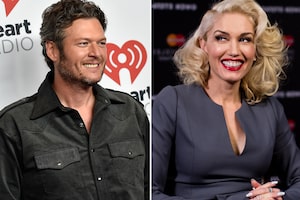 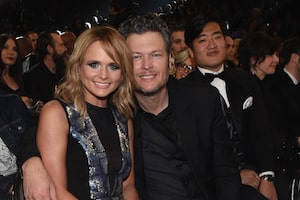 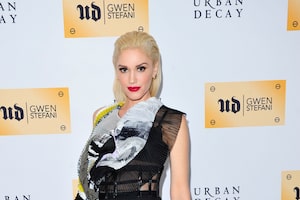