On Thursday, Kylie Jenner celebrated her mom Kris' 60th birthday by posting a super sexy snap of herself in her Moschino underwear, tight white tank, and Cartier bracelets.

Kylie's racy picture is just one of many that has everyone talking. Justin Bieber recently shared his views on Kylie in Billboard, saying, "I want people to be more kind to young celebrities. Like Kylie. Look at her world: She has been living on TV since she was a kid. Every time she's looking around, she sees a camera, and that's affecting how she's thinking and how she's perceiving people and why she has to do certain things."

It has been reported that Kris' kids are chipping in to throw her a $2 million birthday bash tonight, according to TMZ. 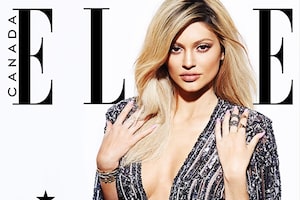 Cast Your Vote for Your Favorite Kylie Jenner Cover 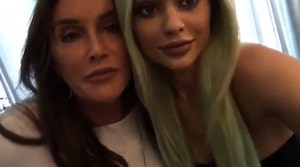 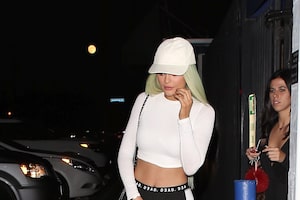