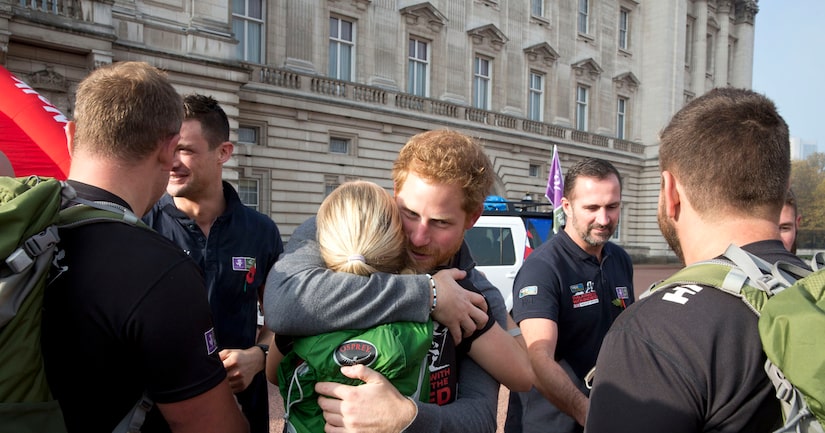 On Sunday, Prince Harry shared an emotional moment with wounded U.S. Marine Kirstie Ennis at Buckingham Palace after she participated in Walking with the Wounded's Walk of Britain.

In 2012, Ennis, 24, was injured in a helicopter crash in Afghanistan. She was scheduled to have her left leg amputated this summer, but delayed it so she could take part in the 1,000-mile walk around Britain.

When she met Harry, she gave him a dog tag that had belonged to Corp. Baune, who died in 2012 after his unit was blasted by a bomb in Helmand Province. When Harry was presented with the memento, he initially said, "No, I can't, I can't accept this." Ennis responded, "Please, you know what this means to me — I want you to." 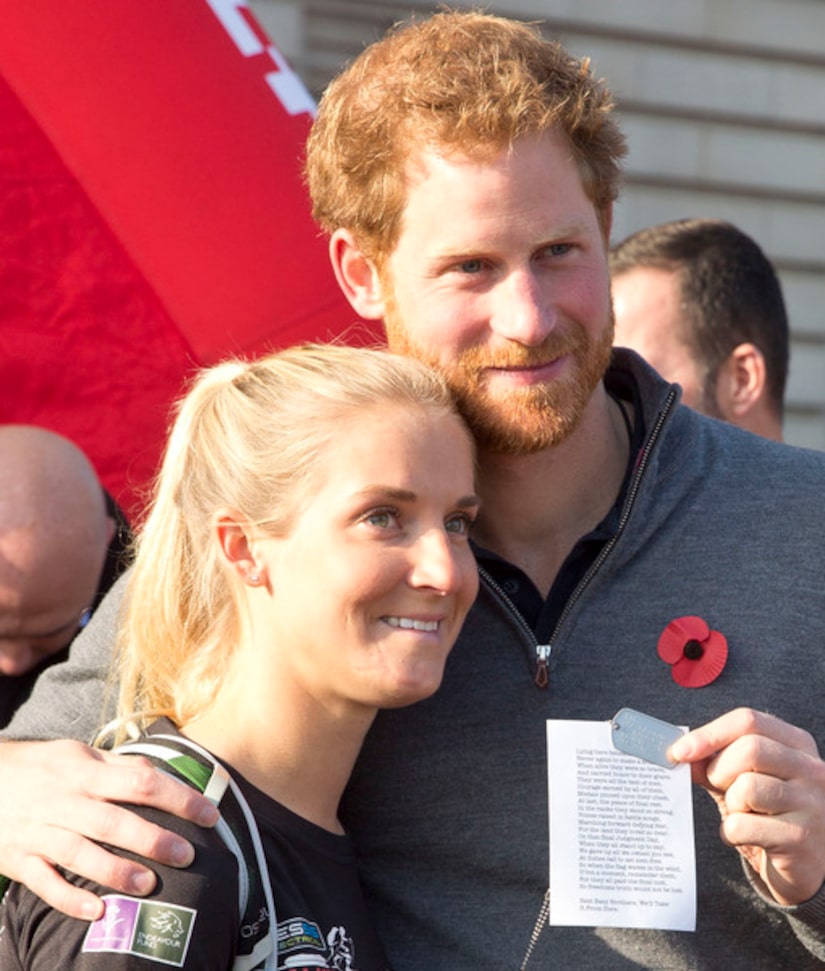 [Credit: WPA Pool/Getty]
Walking with the Wounded co-founder Ed Parker said about Harry, "He's genuinely interested in hearing people's backstories. He wants to get under their skin so he can take that understanding and experience to help others in the future."